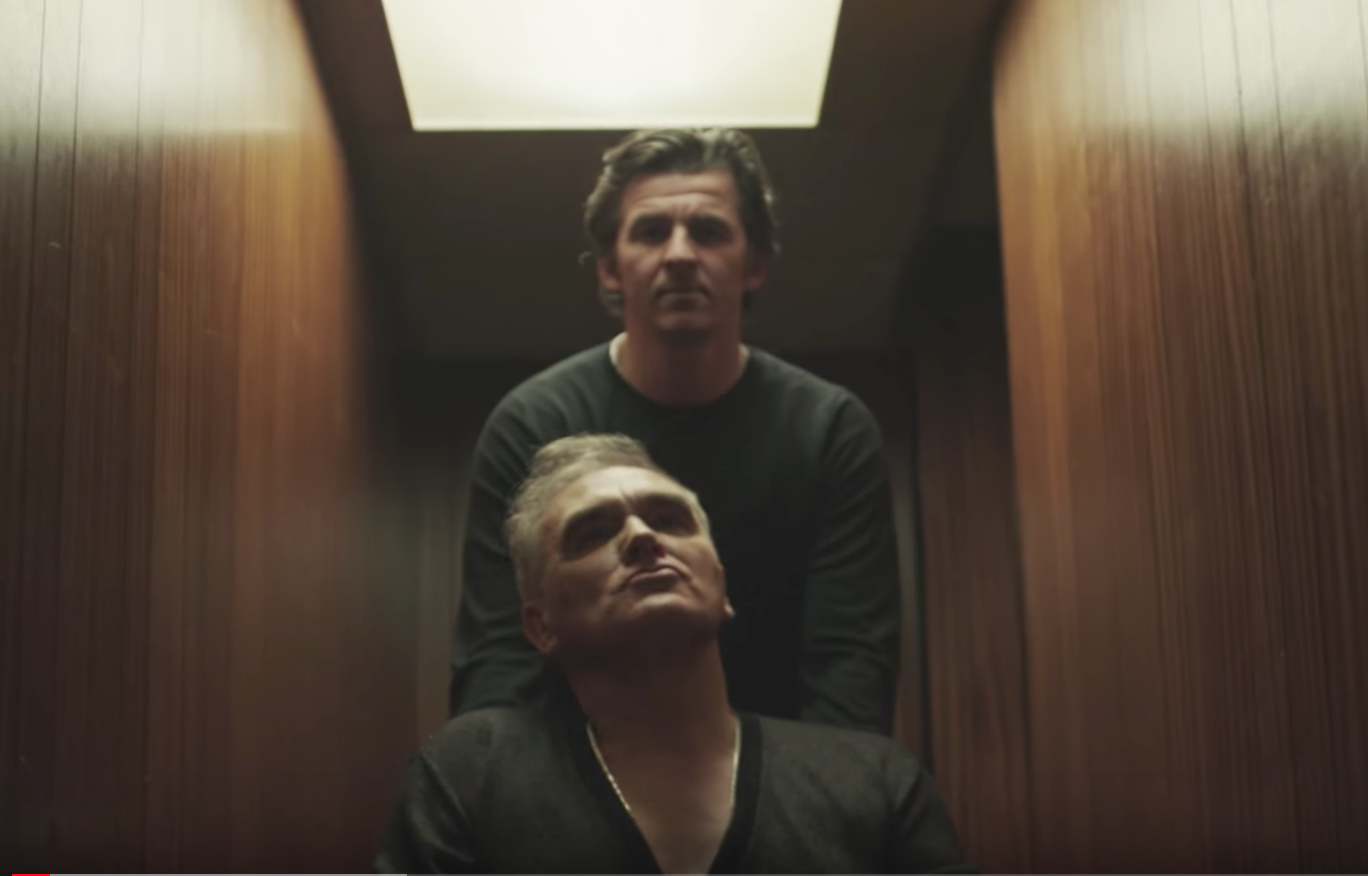 Morrissey has released a strange new video for “Spent the Day in Bed,” the lead single off of the former Smiths singer’s upcoming album Low in High School. The video mostly consists of footage of Morrissey jamming with his band in a deserted auditorium of sorts, but also features the controversial UK socccer player Joey Barton, who was recently banned from The Football Association for betting charges, wheeling Morrissey around in a wheelchair. Eventually, Morrissey’s band and a dancer he seems to hallucinate during the bridge of the song begin pushing the singer around playfully in the chair. Watch the clip below. Low in High School is due out November 17.