Marilyn Manson Thinks Justin Bieber Is “a Piece of Shit” 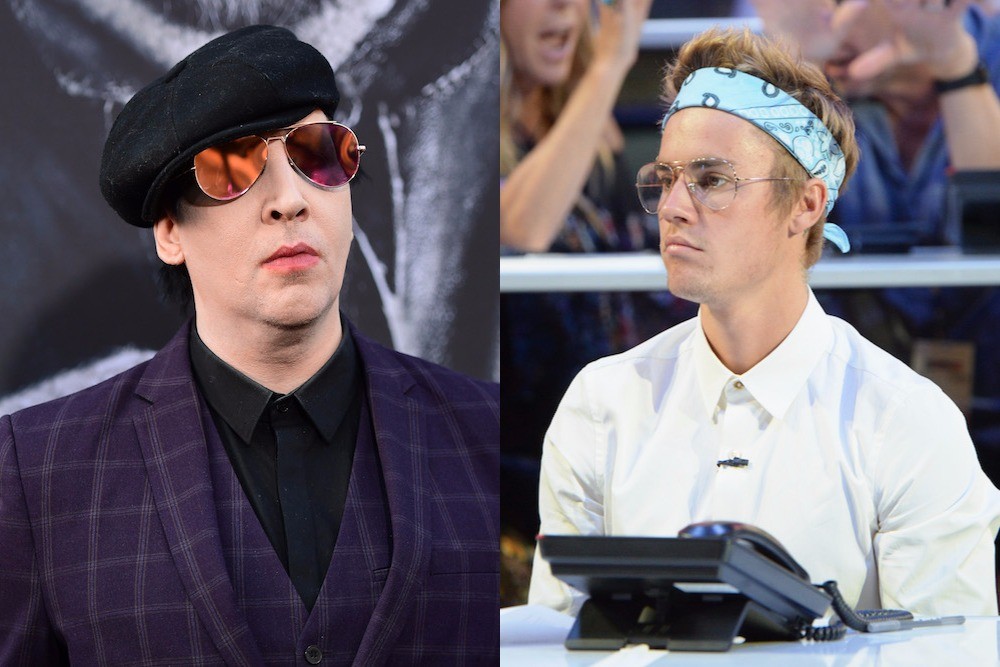 Justin Bieber appeared on last night’s Hand in Hand benefit telethon, which is cool of him, but he still has people pissed off at him for what he did in the past. Marilyn Manson is one such person.

One recent piece of Bieber’s merch included a shirt with Marilyn Manson’s visage that says “Bigger Than Satan Bieber”  on the back and went for $195 at Barneys. Fear Of God, the shirt’s designer, said that he got Manson’s permission to “reinterpret” to original image, but in an interview with Consequence of Sound, the provocateur said that’s not quite true. According to Manson, Bieber was already wearing the shirt when he met him. He also said Bieber told him that he “made [Manson] relevant again.”

“He was a real piece of shit in the way he had the arrogance to say that,” Manson told CoS. “He was a real touchy-feely guy, too, like, ‘yo yo bro!’ and touches you when he’s talking. I’m like, you need to stand down, you’re dick height on me, ok? (laughs) Alright? So stand down, son.”

Manson didn’t only son Bieber; he claims that he took all proceeds from the shirt’s sales, because “they were just like, ‘Yea, we already know, we did wrong, so here’s the money.’”

Recently, the dick-height superstar has proclaimed to be a man of God. Manson, who is not, is releasing his new album Heaven Upside Down on October 6. View the offending shirt below. 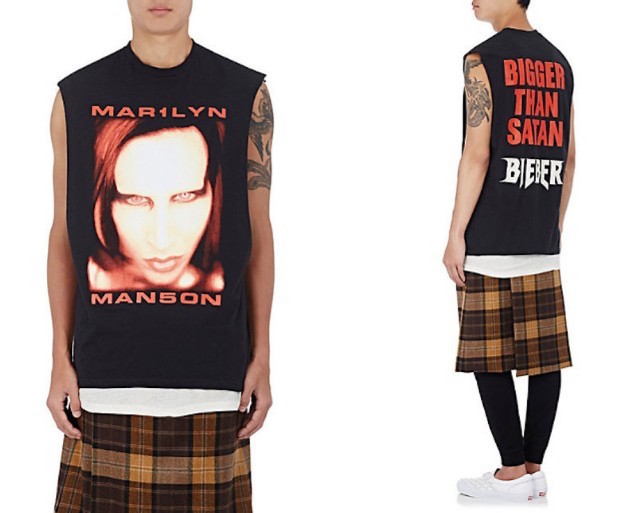