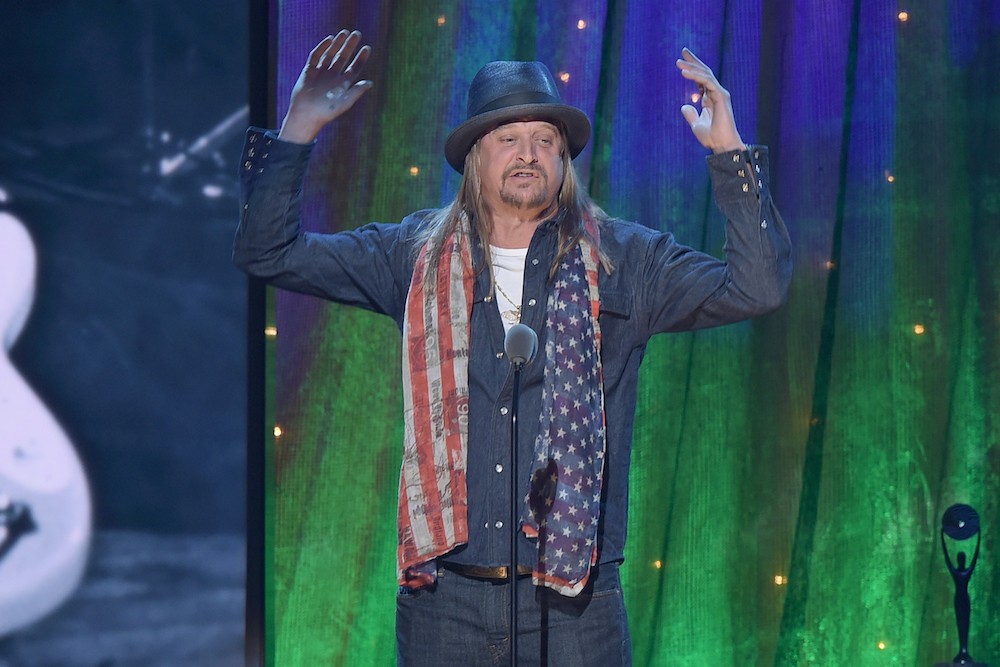 “Bawitdaba” singer Kid Rock has made headlines throughout the summer for his proclaimed intention to run for US Senate. His campaign, if you can call it that, has gained support from the GOP, but he’s yet to register as a Senate candidate. What he has done is go on incoherent rants flambéing the press and skeptics. His latest screed was sparked by the National Action Network’s Detroit chapter, who’s protesting his upcoming Little Caesars Arena concerts because of his display of the Confederate flag in past shows and his criticism of Colin Kaepernick.

Kid Rock spent his latest post pointing his finger at critics and the NAN, saying they’re only protesting his Senate run; boasting about he’s the “bonafide KING OF DETROIT LOVE”; announcing his future philanthropy efforts; and giving an absurd football hot take—that Kaepernick remains unsigned because he’s a bad quarterback, whereas Russell Wilson or Tom Brady could take a knee during the national anthem. It’s just as rambling as his other fits, but he ended the series of tangent with this exclamation point of a kicker.