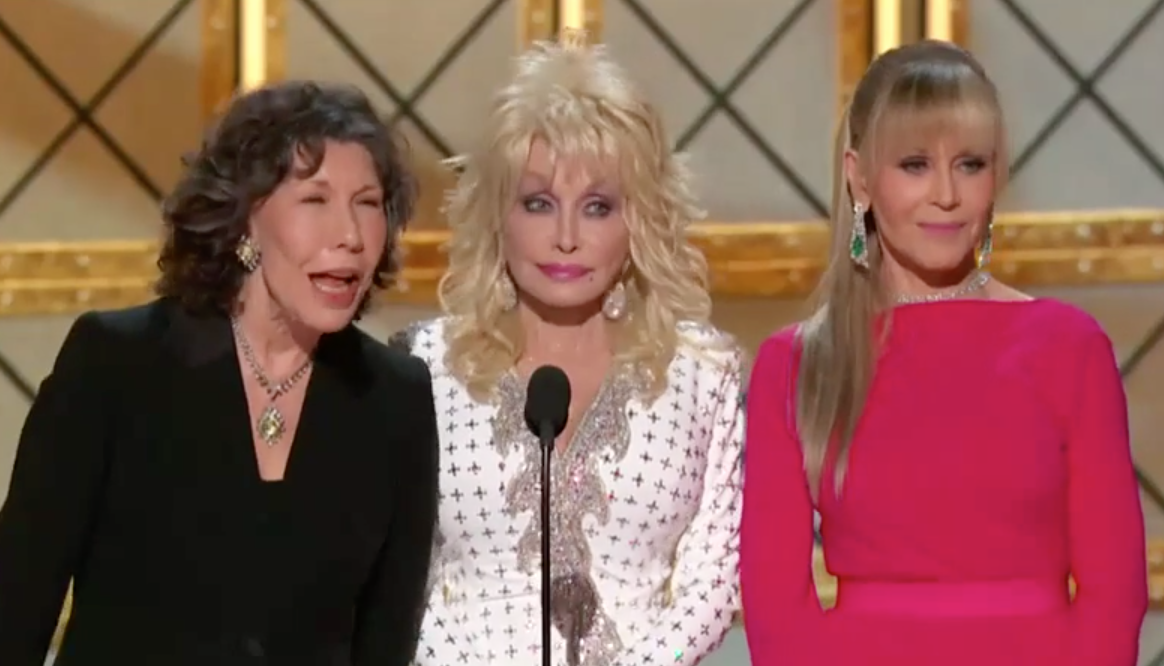 Last night, the Emmy Awards featured Donald Glover caustically “thanking” Donald Trump for inspiring his art, and also, in a far more ill-advised moment, Sean Spicer cameoing for a joke in one of host Stephen Colbert’s monologues. Alec Baldwin and Colbert also quipped about Trump’s desire to win an Emmy, and Julia-Louis Dreyfuss, who swept with awards for her performance in Veep, joked about an impeachment plotline the show abandoned because they were “worried someone else would get to it first.”

The anti-Trump side of the night was bolstered by a couple of comments during the quick on-stage reunion of the cast of the 1980 feminist workplace comedy 9 to 5. Lily Tomlin, Jane Fonda, and Dolly Parton appeared to award the Best Supporting Actor in a Limited Series or Movie. They were also all up for Emmys themselves: Fonda and Tomlin for their Netflix comedy Grace and Frankie and Parton for her special Dolly Parton’s Christmas of Many Colors: Circle of Love.

Parton remained silent, widening her eyes either in surprise or to emphasize the point, before transitioning into a joke about the vibrators in Grace and Frankie. Watch the moment below.

Here’s that #9to5 Trump joke in which they did not mention Trump! #Emmys pic.twitter.com/hDEIy9yL4P