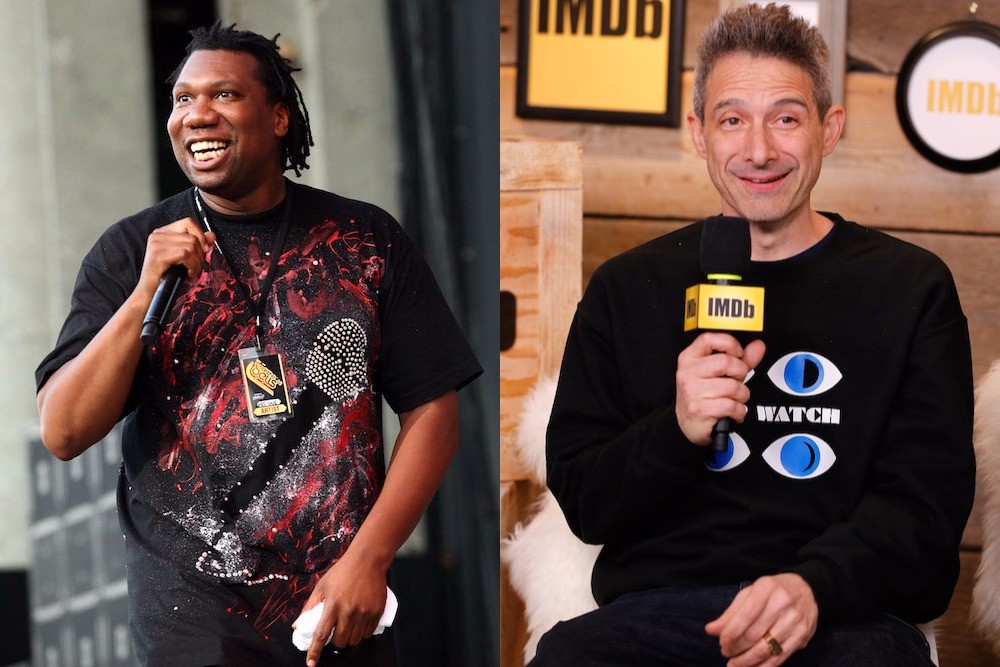 Earlier this week, KRS-One dropped an album that featured a track called “Hip Hop Speaks From Heaven.” As hinted at in the title, the song shouts out the stars the culture has lost over the years, including J Dilla, Nate Dogg, the Notorious B.I.G., Phife Dawg, and the Beastie Boys’ Ad-Rock.

No need to storm the comments section to demand a correction—we know that it was Adam “MCA” Yauch who passed away a little over five years ago. Instead, try contacting KRS-One via Twitter or his web site’s contact information to let him know that Ad-Rock is still alive. “Like a late fog in the mist/ I see King Ad-Rock/ And rest in peace Nate Dogg/Their names and their natures will last,” he says in the unfortunate mistake.

Ad-Rock hasn’t been all that quiet in recent years either. He made a shoe dedicated to Planned Parenthood donations and led an anti-hate rally in Brooklyn last November. He also appears well in the above picture, which was taken at this year’s Sundance Film Festival.