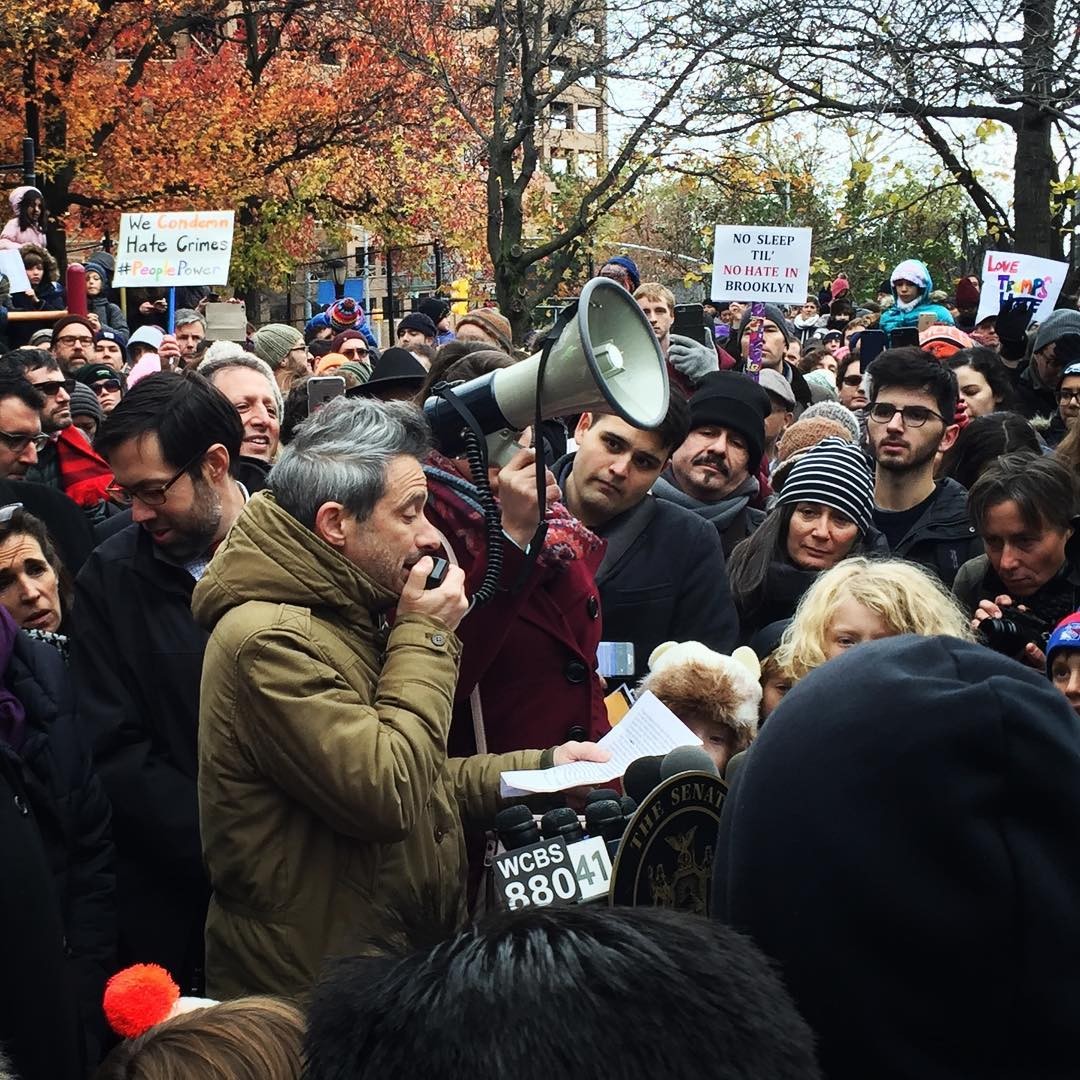 Brooklyn residents packed a small park named for Beastie Boys’ Adam Yauch (a.k.a. MCA) on Sunday morning at an anti-hate rally organized after vandals tagged playground equipment with swastikas and pro-Trump graffiti on Friday. Members of the crowd carried signs with Beastie Boys-themed slogans like, “No sleep til no hate in Brooklyn,” and decorated the location of the painted-over graffiti with paper hearts, flowers, and chalk.

Beastie Boys’ Ad-Rock was in attendance, and addressed the crowd on a megaphone. “Spray painting swastikas in a children’s playground is a messed-up thing to do,” he said. “And for many of us, it has special meaning, because this park is named for Adam Yauch, who was my friend and bandmate for over 30 years. But he was also someone who taught non-violence in his music, in his life—to all of us, and to me.”

Check out a clip of Ad-Rock’s speech and more images and tweets from rally attendees, including Ben Stiller, below. Kathleen Hanna, who’s married to Ad-Rock, can be seen wearing the fuzzy brown hat.

The homies Horovitz, Hanna, and Heins

No hate in Brooklyn.

Standing with people of Brooklyn, my daughter, @adrock, @DanielSquadron, and many more in Adam Yauch Park. #MCA #NYC #StandUpAgainstHate pic.twitter.com/C4pg6YFoJR