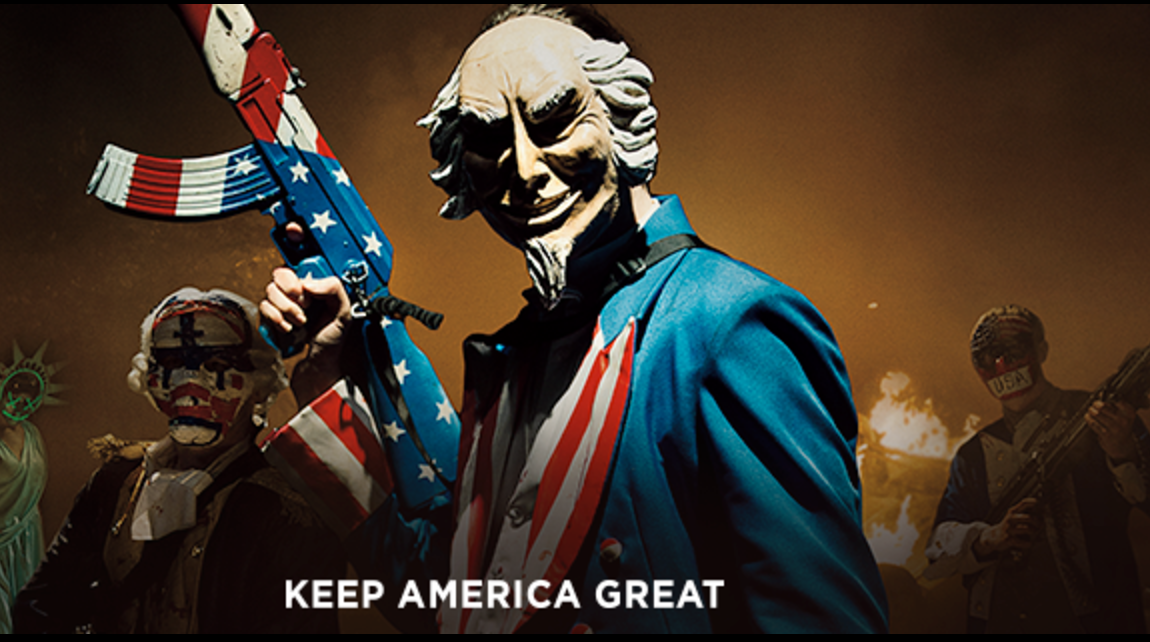 Yesterday, The Hollywood Reporter reported that Jared Kushner had appointed former Blumhouse Productions PR exec Josh Raffel to head communications at his new White House office, with a name fit for some abhorrent neo-con super PAC: the White House Office of American Innovation. Following this, a major revelation emerged about The Purge, one of the key film franchises Raffel supported in his old job: The successful series of politically-charged horror films is being made into a television show.

This is apparently happening under the auspices of NBCUniversal-owned stations Syfy and USA, channels which were recently consolidated into a new Entertainment Networks group by the company. According to a report by Entertainment Weekly, the Purge show will likely air on both stations. James DeMonaco–who created the franchise, directed all three of the existing Purge films, and will be releasing another feature in the summer of next years–will oversee the series, and Blumhouse Television will produce.

It’s worth mentioning here that Blumhouse TV’s other recently announced, also-horrifying project is Showtime’s miniseries Secure and Hold: The Last Days of Roger Ailes, which comes from the director and co-writer of Spotlight. What a world.

One last reminder: Donald Trump’s prospective slogan for his 2020 campaign, by his own account, is the same as that of the homicide-positive, ethnic-cleansing-advocating future-GOP of The Purge: Election Year.

Steve Bannon on the Russia Probe: “They’re Going To Crack Don Jr Like an Egg on National TV”