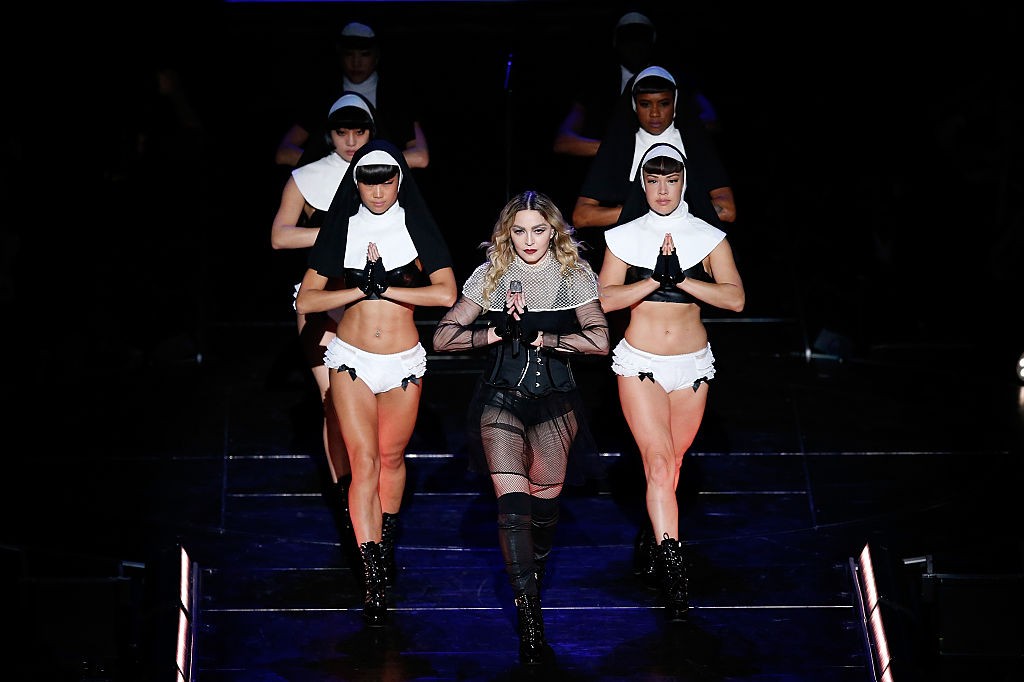 Kendall Jenner, a Kardashian most famously known for being in a bad Pepsi commercial, is having a rough go of things this week. Madonna’s response: A vintage photo of herself wearing blood red and holding a can of Coca-Cola.

Just prior to her Coke Instagram, Madonna posted a video clip of Pepsi’s “solve police brutality with soda” ad. “When you wake up and realize that Shit just really doesn’t make sense!” she wrote in the caption. “Side Note: My Pepsi commercial was pulled 30 years ago because I was kissing a black saint!”

In 1989, Madonna premiered her single “Like a Prayer” during the Grammys in a two-minute Pepsi commercial, ancestor of the modern Target-sponsored Carly Rae Jepsen and Lil Yachty single. Pepsi also agreed to sponsor Madonna’s upcoming world tour. But when the official “Like a Prayer” video was released, the Vatican objected to its use of Catholic imagery and called for a boycott of Pepsi. The ensuing backlash prompted the soda maker to cancel Madonna’s contract and pull her ad.

After first attempting to defend it, Pepsi pulled its Kendall Jenner ad yesterday. Hopefully Madonna’s can of Coke is nice and cool from sitting in all that shade.