Pepsi Is Standing By Its Absurd Kendall Jenner Ad 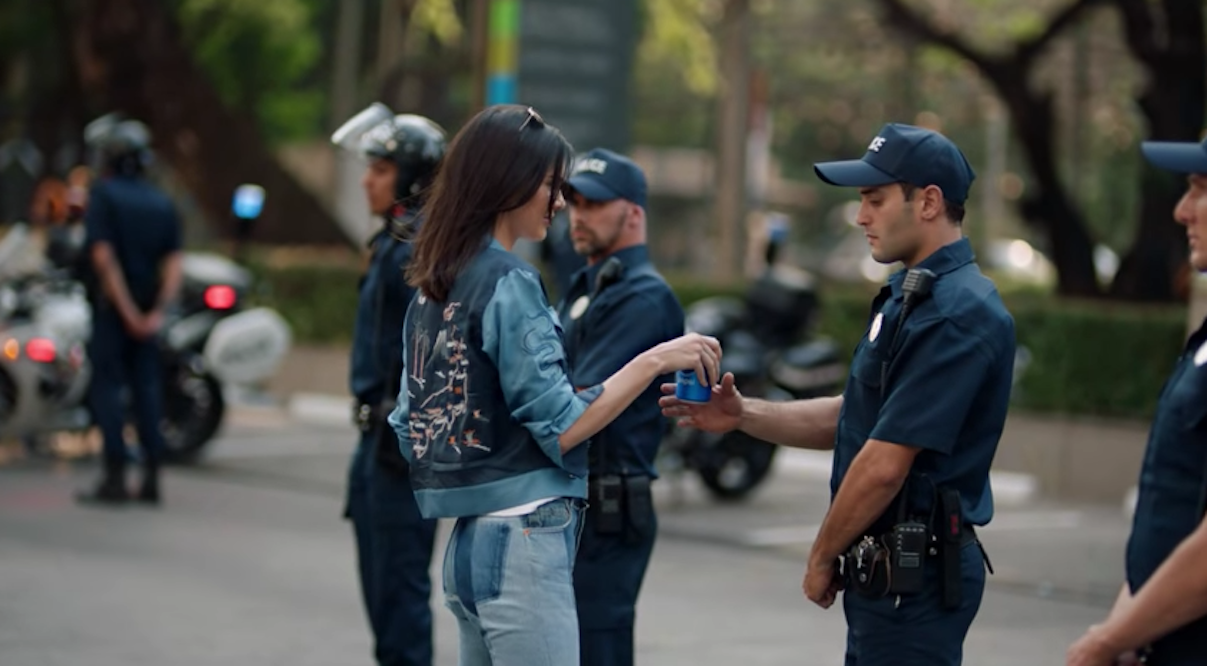 Despite a social media backlash as ubiquitous as its competitor’s red cans, America’s second leading provider of carbonated sugar water is standing by a new commercial that depicts Kendall Jenner infiltrating a protest in order to give a police officer a can of Pepsi. In a statement to Ad Week, Pepsi Corp. said:

“This is a global ad that reflects people from different walks of life coming together in a spirit of harmony, and we think that’s an important message to convey.”

“The creative showcases a moment of unity, and a point where multiple storylines converge in the final advert. It depicts various groups of people embracing a spontaneous moment, and showcasing Pepsi’s brand rallying cry to ‘Live For Now,’ in an exploration of what that truly means to live life unbounded, unfiltered and uninhibited.”