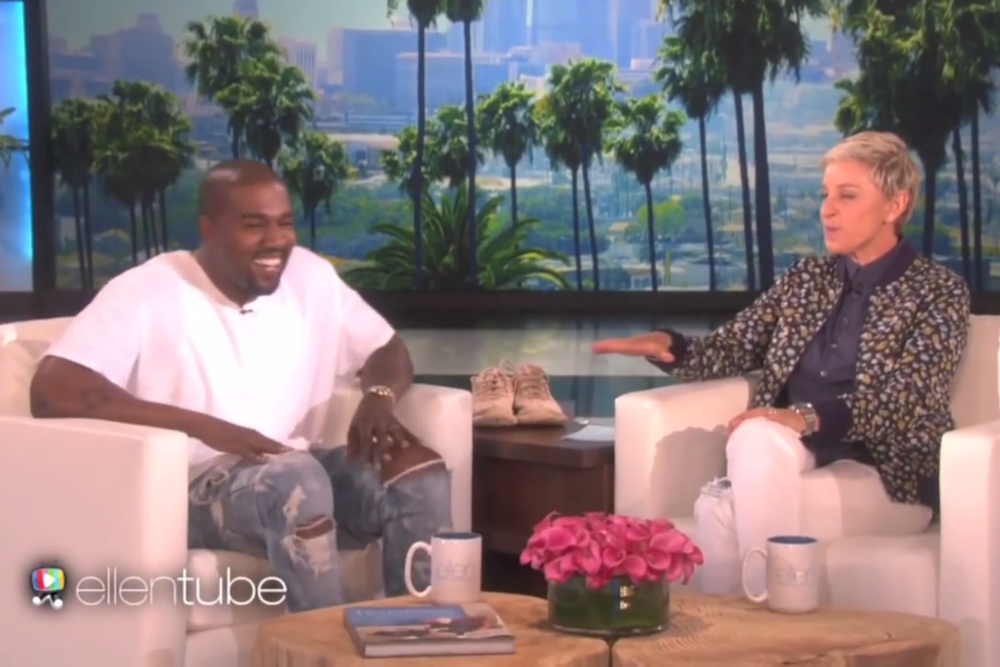 With Payless ShoeSource declaring Chapter 11 bankruptcy, citing an insurmountable debt load and weak sales, there’s now one less avenue to get fresh in America. The low-priced shoe retailer announced yesterday that it will close 378 of its US locations. “This is a difficult, but necessary, decision driven by the continued challenges of the retail environment, which will only intensify,” Payless CEO W. Paul Jones said in a statement. If only Jones had listened to Kanye West.

Last August, West appeared on Ellen for an interview that he tried to transform into a daytime television manifesto of sorts. The eight-minute segment saw the superstar swerving between barely coherent tangents and erratic showmanship, a messy performance that now might read as a foreshadowing of the public breakdown that occured just a few months later. The display made it difficult to untangle the performative and the sincere, which is why it was easy to dismiss his throwaway comment about Payless ShoeSource. “I remember going to school in the fifth grade and wanting to have a cool outfit,” he said. “I called the head of Payless, I’m like, ‘I want to work for you.’ I want to take all of this information I’ve learned from sitting at all of these fashion shows and knocking on all these doors and buying all these expensive clothes.”

West the Payless Employee probably wasn’t happening, but Payless did confirm to Racked that Kanye indeed reached out to Paul Jones, though it’s unclear if they had a conversation about budget Yeezys or talked grander plans. But since Payless would go on to self-report their $10 billion in liabilities, with up to $1 billion in assets, it would’ve made sense to let West shoot his shot. It is an exaggeration to completely credit West for Adidas’ record sales in 2016 (Yeezys, while fast-selling, only account for a small fraction of Adidas shoes), but it’s fair to say that hypebeast ground zero gave the brand added relevance, something Payless desperately needed. Sometimes, with Kanye, you just say no. Other times, when you’re many, many digits in debt, you might want to take that phone call. The man bought a personal jet to fly over personal debt. Get a brand ambassador with experience.