In addition to his onscreen hectoring and alleged offscreen harassment, Bill O’Reilly is also a prolific author. And before he was churning out copy about dead presidents, the recently ousted Fox News host once tried his hand at fiction. Those Who Trespass: A Novel of Television and Murder, Bill O’s first and only novel, is…. well, it’s a novel of television and murder. The plot concerns a TV journalist who is ousted from his job at a major network following a conflict with his colleagues, then enacts revenge by murdering them one by one. Hmmmmmmmmmmmmmmmmm.

Those Who Trespass was first published in 1998, shortly after O’Reilly started at Fox News. Previously, he’d done a brief stint at CBS, as an Evening News correspondent. His departure from the network stemmed in part from his coverage of the Falkland Islands War. “O’Reilly and his crew got some exclusive footage of a riot in the streets of Buenos Aires and it wound up being incorporated into a report from the veteran correspondent Bob Schieffer, which failed to mention O’Reilly’s contribution,” reads a 2006 New Yorker profile. “O’Reilly was furious, and after that, by his account, he was in career Siberia at CBS.”

Shannon Michaels, Those Who Tresspass’s journalist-killer character, is pushed out of his job at the “Global News Network” after a veteran correspondent named Ron Costello uses his Falklands Islands War footage without crediting him. Michaels murders Costello by shoving a spoon through the roof of his mouth into his brain. The death scene is excerpted in the New Yorker:

The assailant’s right hand, now holding the oval base of the spoon, rocketed upward, jamming the stainless stem through the roof of Ron Costello’s mouth. The soft tissue gave way quickly and the steel penetrated the correspondent’s brain stem. Ron Costello was clinically dead in four seconds. 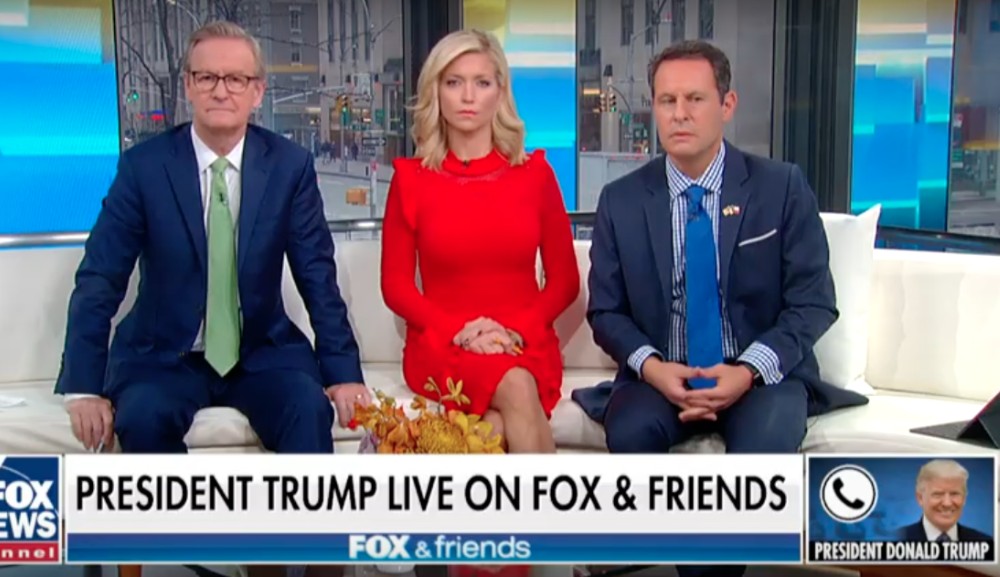 After that, Michaels goes on to take the lives of several others involved in his resignation. He throws a woman off a balcony, buries a man up to his neck and lets him drown, and slits another man’s throat. Each of their killings described “in loving detail,” the New Yorker reports. The obvious parallels between Michaels’ situation and O’Reilly’s own weren’t lost on critics: in a review of a 2004 repress of Those Who Trespass, Michael Hastings wrote that Michaels and Tom O’Malley, the Levittown-raised tough guy Irish detective who serves as the novel’s protagonist, are “thinly veiled versions of O’Reilly himself.”

None of this is to say that Rupert Murdoch and the rest of the gang at Fox should be worrying about O’Reilly attacking them in the dark with the blunt end of a cooking utensil. But it’s possible that the thought has crossed his mind.