Quavo on Not Being Homophobic: “I Got a Record With Frank Ocean” 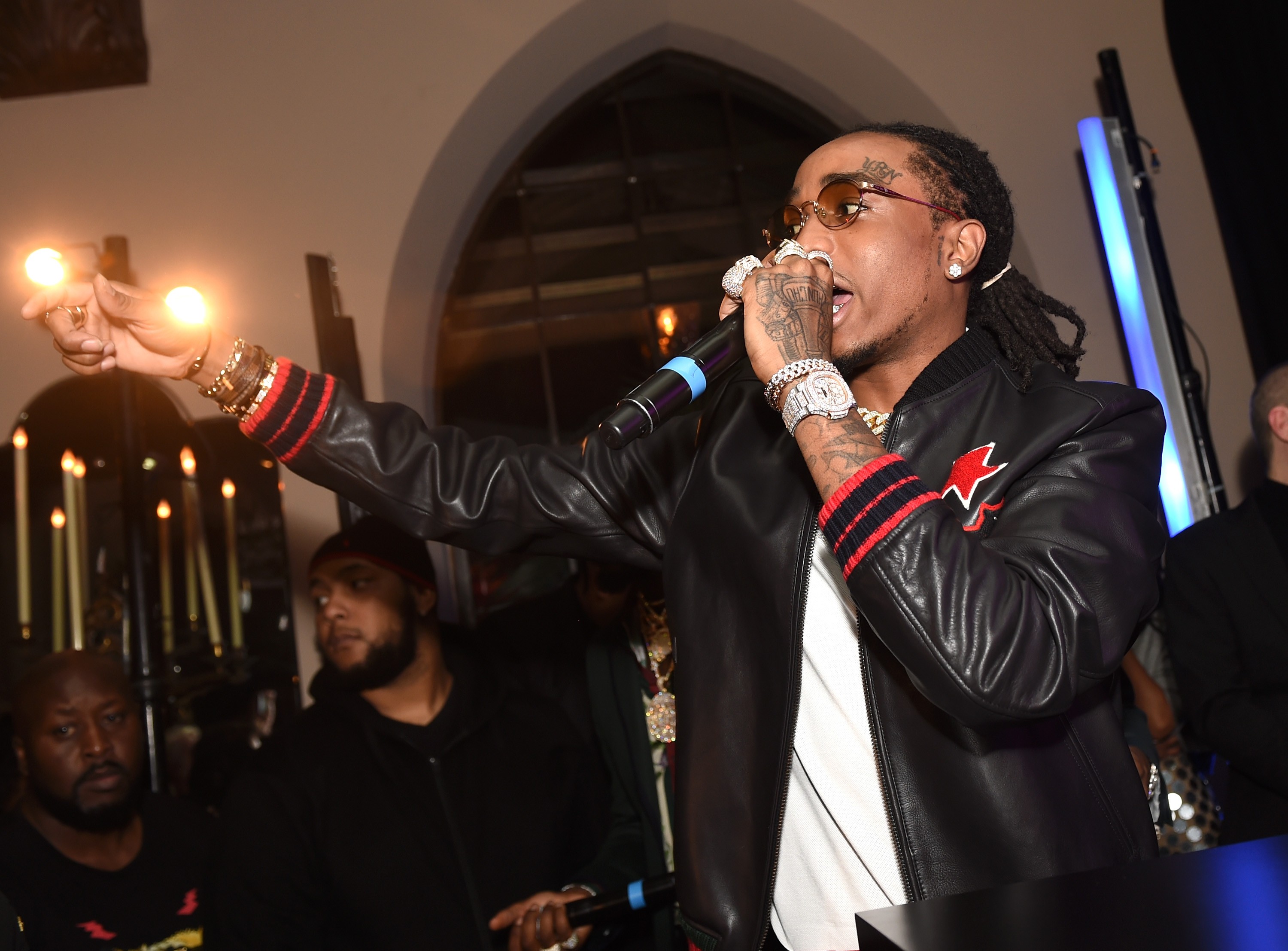 The general public and critical adulation over Migos’ triumphant 2017–characterized by a #1 smash single and album–was dampened, if only slightly, by homophobic comments all three members made in a Rolling Stone profile in February. In the interview, Quavo, Takeoff, and Offset suggested that rapper/singer iLoveMakonnen had undermined his reputation by coming out publicly in January. Last month, Migos tweeted a statement backpedaling from their statements rather than outright apologizing: “We are all fan’s of Makonnens [sic] music and we wish he didn’t feel like he ever had to hide himself. We feel the world is fucked up that people feel like they have to hide and we’re asked to comment on someone’s sexuality…We love all people, gay or straight and we apologize if we offended anyone.”

Today, two extensive profiles of Migos went live: one at MTV News and one at Billboard. In the latter, writer Chris Martins asked Quavo about the Makonnen comments, which prompted the rapper to offer up what he clearly considered to be empirical evidence that he was not homophobic. Here’s the relevant passage:

“When [Makonnen’s] music came out I thought it was hard, so if he would’ve come out the same way…” He pauses. “I got a record with Frank Ocean [“Slide,” a Calvin Harris track featuring Migos and Ocean]. That closes my case.”

We will forever be left wondering how Quavo was planning on ending that first sentence. The rapper also made some more general comments about unity (“If you real from the heart, you real from the heart…That ain’t got nothing to do with no sex or gender”), but the “But I have gay friends” justification was, ultimately, his grand thesis statement.