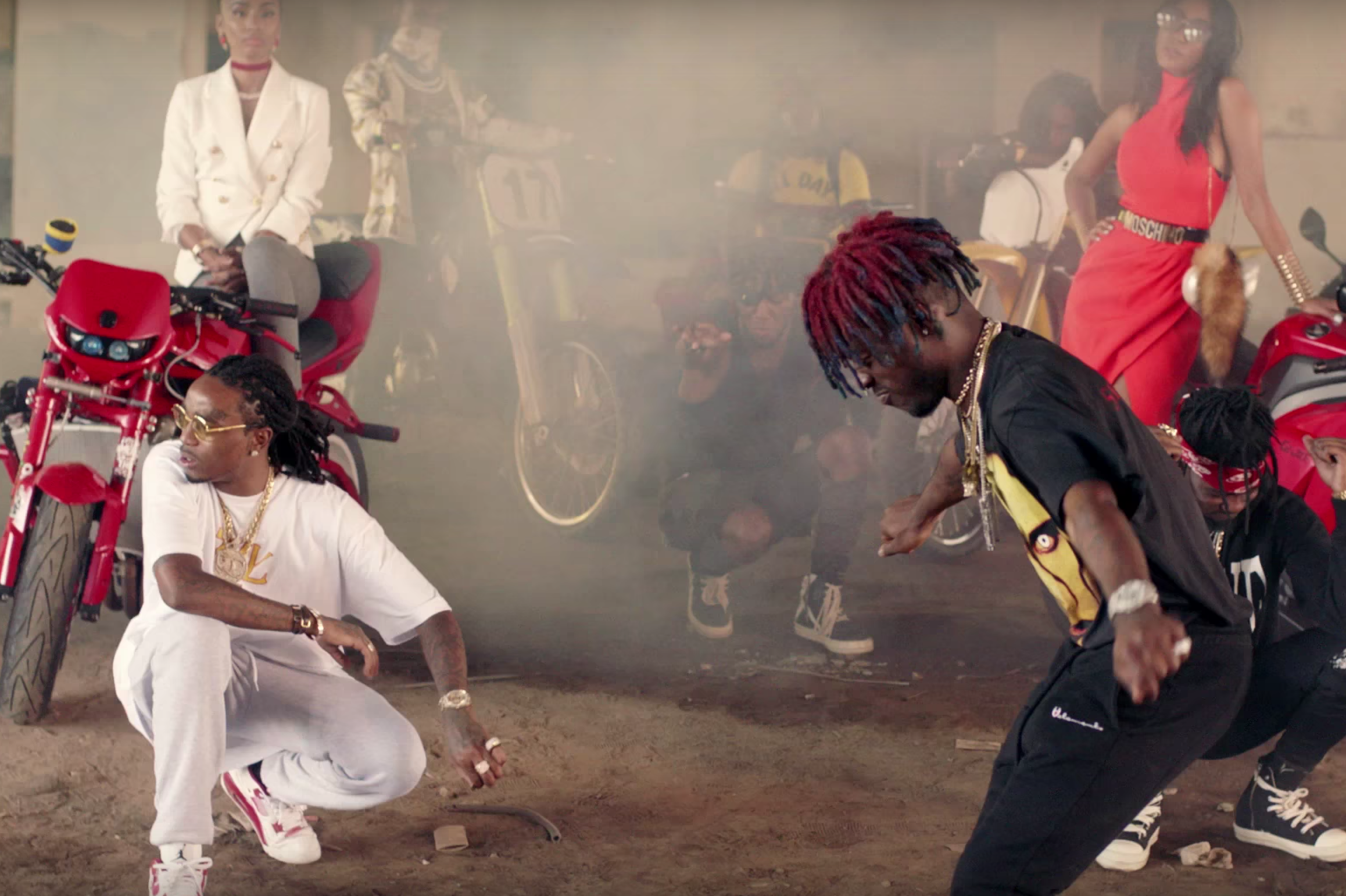 The day after Migos and their rising hit “Bad and Boujee” got some shine from Donald Glover at the Golden Globe Awards , the Atlanta trio’s crossover rap smash has hit the top of the Billboard charts. (It was #2 last week.) The track, which features a turn from Philly cut-up Lil Uzi Vert (a modest hitmaker in his own right), has ascended to the top of the single charts thanks to a steadily burgeoning viral presence since its release in late October. Streams were reportedly up following Glover’s shoutout, a sign that its natural momentum keeps going.

“Bad and Boujee”‘s success story is not unlike that of the #1 song it dethroned: Rae Sremmurd’s “Black Beatles,” which became ubiquitous after becoming the standard soundtrack for “Mannequin Challenge” videos. The Billboard Hot 100 charts have gradually changed their rules in the past few years to accommodate streams from digital and streaming services, and “Black Beatles” and “Bad and Boujee” are the two most prominent 2016 rap singles that have dominated the charts largely via viral video dissemination and memes. Current #6 track and dance video favorite “Juju (On that Beat)” by Zay Hilfigerrr & Zayion McCall (down from its #5 peak this week) also has followed that trajectory.

On Friday, Migos also released a video for a new single off of their upcoming Culture album, “T-Shirt,” in which they dress up like iced-out fur trappers à la The Revenant.