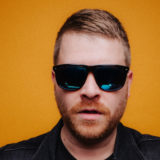 James Blunt Is Great at Twitter, So We Asked Him About It

Home » Features » Interviews » James Blunt Is Great at Twitter, So We Asked Him About It

Tuesday afternoon, I sat down with British singer-songwriter James Blunt, an affable fellow with a Twitter streak so vicious Atlantic Records asked him to log off and stop terrorizing the fans. The staff of SPIN are very entertained by Blunt’s history of barbaric owns, especially on people who think he’s an overexposed namby-pamby and/or Coldplay’s Chris Martin.

Don’t use me as an excuse. RT @gemmacramp: Does anybody else wanna kill themselves when James blunt comes on that fucking avert?

No, he’s the guy who sang that annoying “Paradise” song. https://t.co/dmnOSpj1VL

I had three questions for Blunt—okay, four questions and a statement:

Who’s your number one Twitter personality, a must follow?
You know I used to follow God a lot, and he seems to have stopped tweeting recently so I’m not sure what’s going on there. It’s sad. What’s the world gonna do when God’s not around?

That was @TheTweetofGod?
Yeah, just, he’s not out there anymore. Maybe the world really is, you know, going through something bad.

Big increase in traffic into our country from certain areas, while our people are far more vulnerable, as we wait for what should be EASY D!

Speaking of going through something bad, Donald Trump is the United States’ most famous tweeter. Do you have some advice for him, like how he could make his Twitter better?
No, I think he makes it incredibly exciting. He’s a fantastic comedian. And great humor, always, through his tweets. They make me laugh out loud.

I think you mean things you do for a blow job. https://t.co/vMRNQj9KAh

You often reply to insults on Twitter, and you’re very flip about it. But has there ever been a bad one that really hurt your feelings?
No, not really. I think it’s always worth remembering that people sending off mean tweets are probably pretty lonely people. They’re probably in their dark room with their trousers ’round their ankles, firing off a few nasty messages. I think they’re probably not worth taking too seriously.

Then sit on something else. RT @PhoebeChristaki: James Blunt’s face fully aggravates me

But that’s not you—when you fire off mean tweets, you don’t look like that.
No, I’ve normally got someone there helping me. Not with the tweets, I mean. Just with the trousers.

I have a very small sausage. pic.twitter.com/VylQLrxbM1

James Blunt’s new album, The Afterlove, is out March 24 from Atlantic.