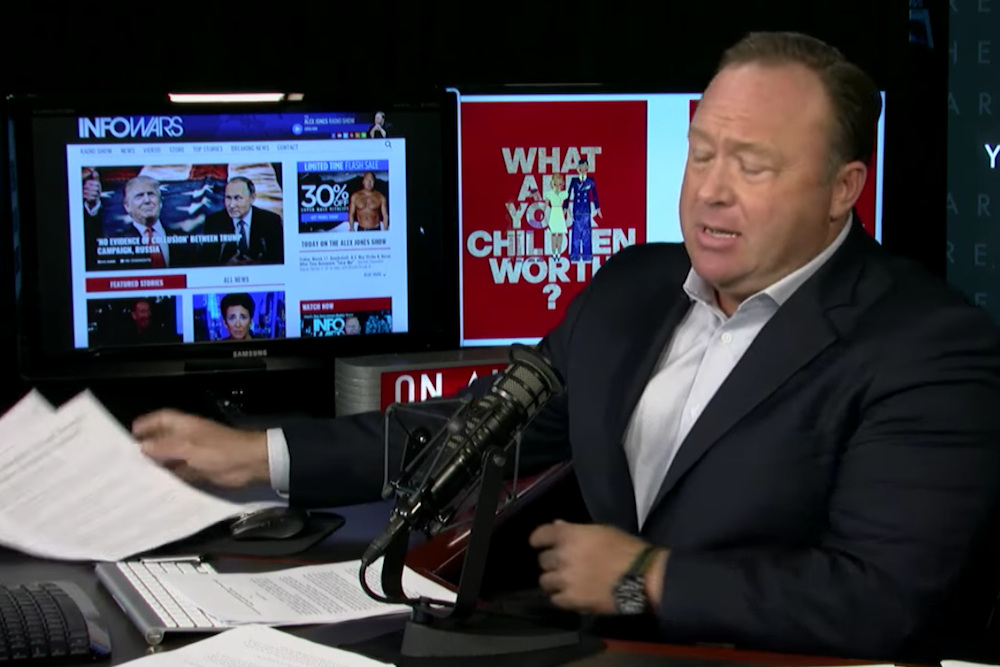 Yesterday, FBI Director James Comey confirmed in a congressional hearing that the Bureau is investigating alleged Russian attempts to influence the 2016 presidential election. Now, McClatchy DC is reporting that the investigation includes an inquiry into Breitbart News and Alex Jones’s InfoWars, two outlets that worked hard to get Trump elected.

McClatchy’s report, which is sourced to two anonymous people “familiar with the inquiry,” alleges that investigators are interested in a network of apparently Kremlin-controlled social media bots that published millions of links to articles from InfoWars and Breitbart, as well as known Russian state media outlets like RT and Sputnik News. The key question is whether anyone at the far-right American publications did anything to assist the Russian social media campaign.

The existence of a Russian botnet created to help elect Trump isn’t hard to believe at all–it fits neatly with the Kremlin’s strategy of using a government-funded “troll farm” to influence American internet discourse. And it’s also not surprising that such a network would select InfoWars and Breitbart as publications to amplify, as both unambiguously favored Trump in the election, as did the Russians. What’s harder to believe is that the campaign would have required active assistance or collaboration from the sites themselves. You don’t need a publisher’s consent to tweet out their stories, and conducting a Twitter search for any randomly selected internet article will frequently turn up tweets that look like they came from bots–usually operated for some less nefarious purpose than destabilizing a government. It seems more likely that the Russians correctly recognized InfoWars and Breitbart as essentially pro-Trump propaganda outlets, and co-opted their content for use as actual propaganda.

Jones denied the story to McClatchy reporters who reached him by calling into his show, telling them any allegations about InfoWars collusion with the Russian government are “a (expletive) lie.” But who knows? Either way, there’s a delightful irony in seeing Jones and InfoWars–longtime paranoiacs about covert state operations and shadowy global conspiracies–used as pawns in an actual international government information war, whether wittingly or not.