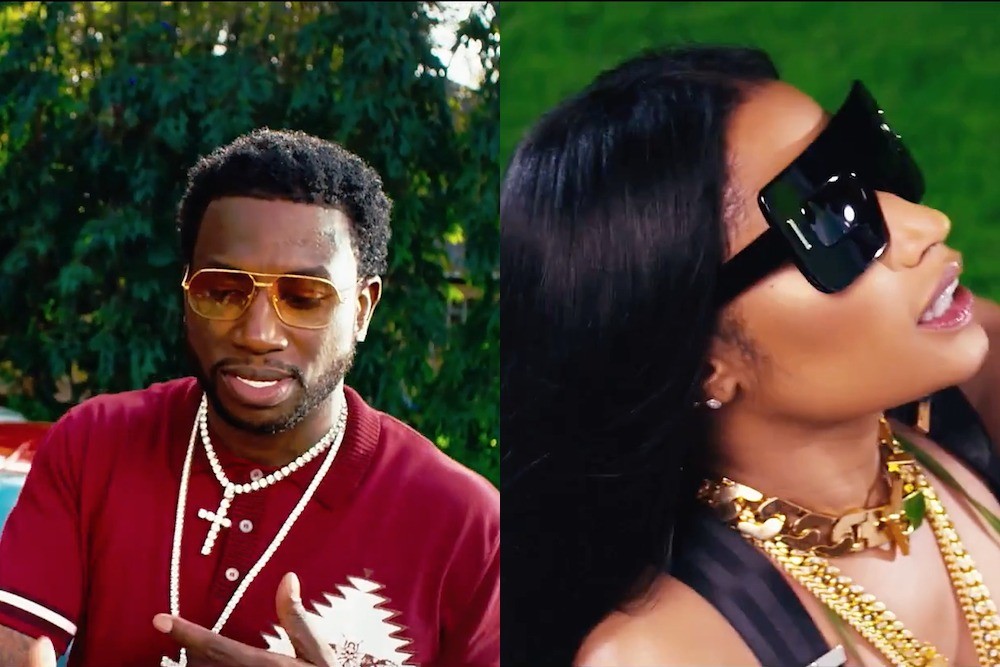 Gucci Mane’s “Make Love” ended up taking a life of its own when Nicki Minaj’s verse contained just enough subliminal disses to lead to Remy Ma’s “shETHER.” By the time Nicki came back with “No Frauds,” Gucci felt like a satellite figure on his own song—a first in his post-prison prominence.

That disconnect is still present in the Eif Rivera-directed “Make Love” video that dropped today, which was shot as if the producers only remembered in post-production that Nicki and Gucci were on the same song. It’s strongly suggested they weren’t on the set at the same time, and the director doesn’t bother hiding this incongruence. Gucci is seen cavorting with a bunch of models on a mansion lawn, while Nicki performs her verse riding atop a unicorn float, minding her business. At no point do they appear together, or even in the same locations.

“Make Love” left the Hot 100 after a week. It’s obviously not a hit, so why waste the money on this?