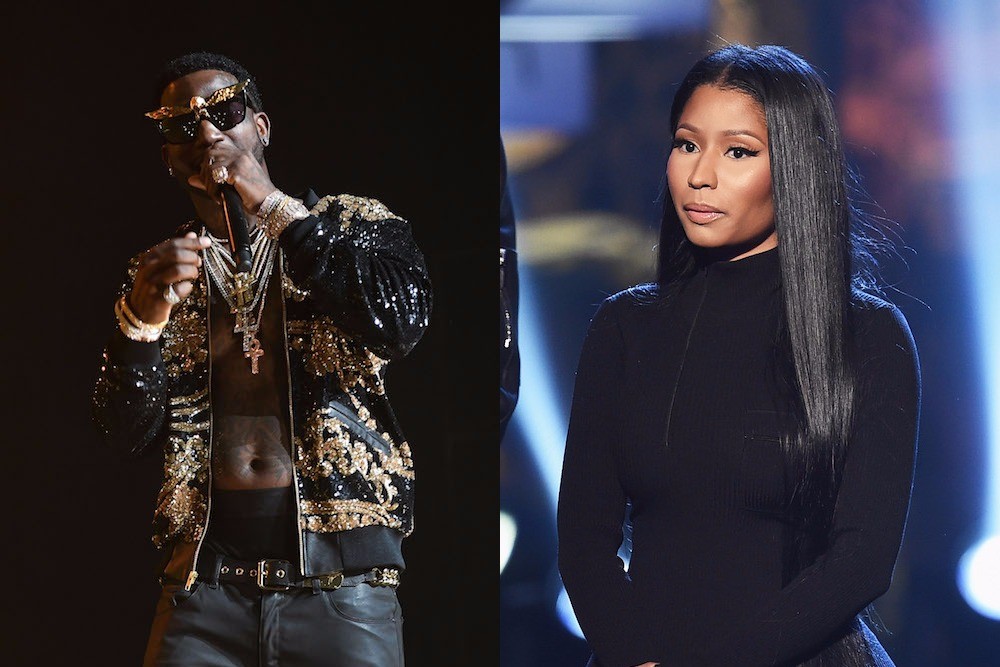 Gucci Mane’s prolific post-prison output continued last night with the release of his new single, “Make Love.’ The new joint reunites Guwop with Nicki Minaj; Gucci notably appeared on her breakthrough 2009 mixtape Beam Me Up Scotty. Over the course of the track, Gucci lets Minaj take a lion’s share of the song to throw up a barrage of taunts, including: “I rep Queens where they listen to a bunch of Nas / I’m a yes and these bitches is a bunch of nahs” and “[Laughs] / I took two bars off just to laugh.”

“Make Love” is slated to be the first single of Gucci Mane’s upcoming project, Droptop Wop. Listen below.