Should the Urban Contemporary Grammy Category Be Abolished? 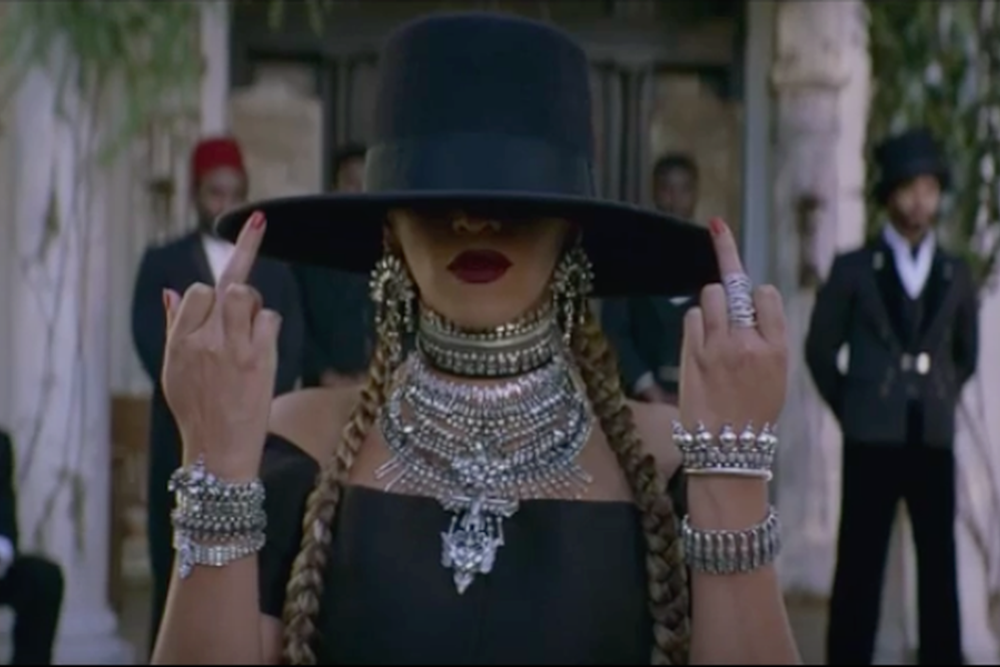 The Grammys have a category for black things of note, a list formally known the Urban Contemporary album. The category’s creators would argue otherwise, even though all of the artists nominated since its inception are non-white (and almost entirely black). Music producer Ivan Barias—the Academy’s Board of Trustees member who was part of the cabal that founded the award in 2013—told Fader that whole point was inclusivity. “When you look at the whole picture,” he said, “it shows how diverse the musical tastes really are amongst our generation–and this category exemplifies that.”

In the most concrete terms, the Urban Contemporary category is defined by the Grammys as “albums containing at least 51 percent playing time of newly recorded contemporary vocal tracks derivative of R&B.” This year, that includes albums by pop stars Rihanna’s ANTI and Beyonce’s Lemonade, the obvious frontrunners; the ascendant multi-instrumentalist Anderson .Paak’s Malibu; and critically acclaimed R&B group KING’s We Are King and Gallant’s Ology. Barias also said he wanted to draw attention to the “amalgamation of sounds” with these nominees, and although their sonic palettes are vast (for example, ANTI has a Tame Impala cover), that descriptor can be applied to any category—modern media is too porous for any influence to be obscure. But to their credit, the Urban Contemporary Album Grammy and the traditionally black, heavily demarcated categories–BJ the Chicago Kid’s entries for Best R&B Performance and Best Traditional R&B Performance are from the same album–do give lesser known artists the exposure they probably wouldn’t have seen otherwise.

Let’s not confuse this with inclusivity, though.

In the same interview, Barias denied that the the word “urban” has any black connotations with respect to the category. I’m assuming this is inherently speaking, because there are people—including the commander in chief—who reductively conflate the term with “black.” Still, the problem is ultimately is a structural one: in attempting to create a black space on a predominantly white tableau, othering is a natural part of this construct. Consider how the Urban Contemporary Album Grammy hasn’t been awarded on the main telecast since Frank Ocean took home the trophy for Channel Orange in its inaugural year. Or when FKA twigs observed how perception of her brand of R&B shifted once her face became associated with her music, showing that race could supersede aesthetic as a genre signifier. Since Urban Contemporary joined the list of categories in 2013, no Urban Contemporary, R&B, or Rap category winners have also won the Grammy for one of the top four awards. (Those four would be Album of the Year, Record of the Year, Song of the Year and Best New Artist.)  Rapper Macklemore repped for the brothers by winning Best New Artist, but that’s about it.

The culture chasm was flagrantly apparent through Kendrick Lamar’s run during the 2016 Grammys. The success of To Pimp a Butterfly was objectively exceptional, selling almost 400,000 units in its first week and almost unanimously claiming the top of album of the year lists. (Its use of live instrumentation also fits well within the Academy’s classicist ethos.) Unimpeded by Macklemore, Lamar swept the rap categories but ultimately lost every one of the seven non-rap categories he was nominated in, including Album of the Year to Taylor Swift’s 1989. So, even an album varied as TPAB was only the best in a certain sphere. It seems like the Grammys are only inclusive to an extent.

In this context, categories like Urban Contemporary misdirect from how the Academy’s belief in diversity appears to be performative. The category’s ineffectiveness in proving otherwise suggests it might as well be discontinued, but the Grammys are at least hinting they’re moving toward obsolescing it. Barias said the honor awards sonic diversity, which is evident in the nomination of Lemonade’s “Don’t Hurt Yourself” in the Best Rock Performance category.

Then again, it’s possible that the Grammys are just flawed, and that the Academy doesn’t hold all artistic merits equal. You’d be within reason to boycott the Grammys and flock over to the more culturally literate BET awards, but things aren’t that simple—the Grammys are the industry’s centerpiece regardless of if Drake or Justin Bieber decides to show up. Chance the Rapper is an Apple-supported and acclaimed star, yet he’s still reaching for a gramophone. Ocean, who’s not attending this year’s ceremonies, held the Grammys in high regard when he won the Urban Contemporary album award in 2013. “If the music industry was any sort of league, I guess this would be a championship thing,” he said after the ceremonies. “No matter how you feel, it’s the championship. So, it’s cool.”

Ocean lost the Album of the Year race to Mumford & Sons that night.