David Crosby Gushes With Enthusiasm About Prospect of CSNY Reunion: “Fine With Me” 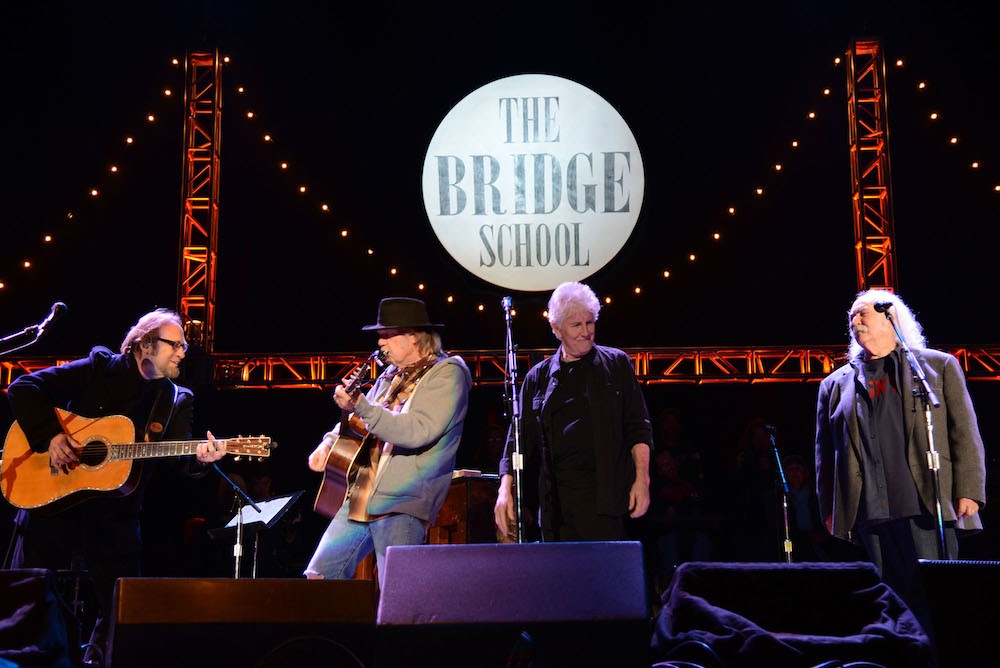 Last we heard from Neil Young on the prospect of reviving the four-sided supergroup that bears his name, things didn’t look good. Now, Neil is changing his tune on Crosby, Stills, Nash, and Young, but David Crosby seems just a little short of overjoyed about the prospect getting the band back together.

Fans of CSNY and its constituent musicians know that the folk-rock quartet, which hasn’t played together since 2013, has a troubled recent history. When Young divorced his wife of 40 years in 2014, Crosby publicly called his bandmate’s new flame a “purely poisonous predator,” and Graham Nash said last year that Crosby had been “fucking awful” and treated him “like shit” lately. (Stephen Stills, meanwhile, has remained pretty chill about the whole thing.)

Young appeared on the Rolling Stone podcast Music Now in December, and when the host reminded him that CSNY have an anniversary coming up, this is how he responded:

When he’s reminded that Crosby, Stills Nash and Young have a 50th anniversary coming up, he responds with savage sarcasm: “Oh, yeah, there’s a huge anniversary coming up. Huge. It’s terrific! I love it!” At the same time, he won’t rule out a reunion with that group, who last played together in 2013. “Anything is possible,” he says.

But now, in a new interview with Mojo, Young is sounding marginally sunnier about a reunion. Via Stereogum:

I think CSNY has every chance of getting together again. I’m not against it.There’s been a lot of bad things happen among us, and a lot of things have to be settled. But that’s what brothers and families are all about. We’ll see what happens. I’m open. I don’t think I’m a major obstacle.

OK, so it sounds like the Y is back in the CSNY fold. What about C? Crosby maintains a very active presence on Twitter, and naturally, fans asked him what he thought about Young’s change of heart. Crosby summoned all the enthusiasm that was available to him in his response, writing that playing with CSNY would be “fine with me.”

You can practically feel his excitement vibrating through your computer screen! And when another fan asked him for his honest opinion of Young, Crosby was praiseful, but a little brusque. (Though Crosby’s shortness might have more to do with the limits of the platform than it does with his thoughts on his old partner.)

We’ve asked Crosby to elaborate about CNSY’s prospects–via Twitter, naturally–and will update this post if he responds.