Don’t Hold Your Breath for Another Crosby, Stills, Nash, and Young Reunion 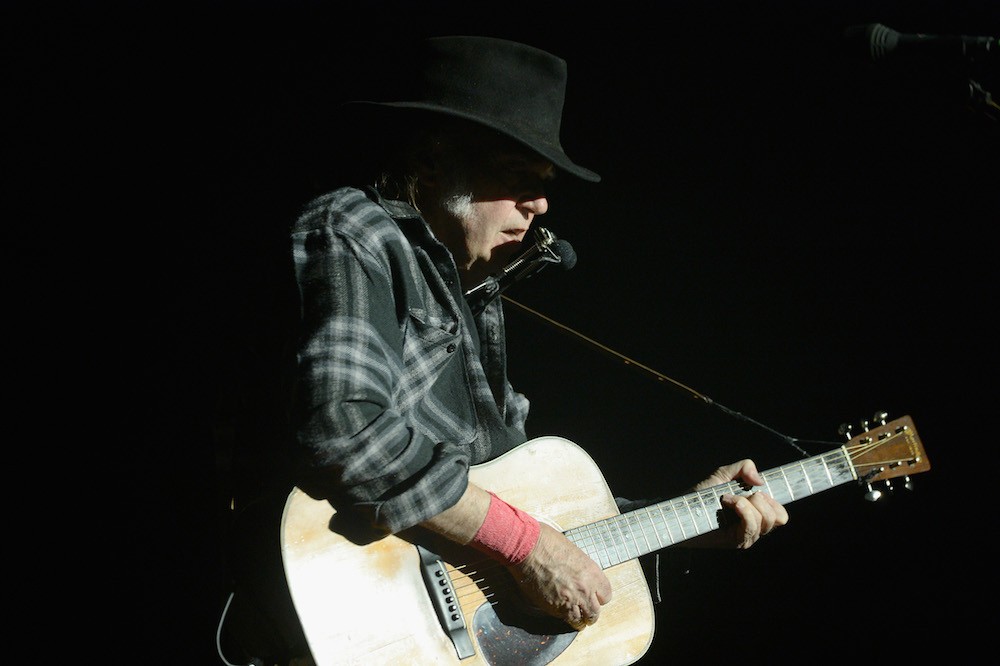 According to an interview Neil Young recently gave to Rolling Stone’s podcast Music Now, fans who are hoping to hear him harmonize with David Crosby, Stephen Stills, and Graham Nash on “Helpless” in concert sometime soon might be out of luck. A perhaps smaller subset of Young fans however, has reason for excitement: a Pono app could be coming to their smartphones soon.

In addition to his status as one of rock music’s all-time great voices, Young is among our era’s greatest cranks. And in a conversation that touched on his support for Dakota Access Pipeline protesters, his thoughts about the incoming Trump administration, and his plans to take some time away from touring, he was at his saltiest when the interviewer informed him that the 50th anniversary of Crosby, Stills, Nash, and Young is coming up:

When he’s reminded that Crosby, Stills Nash and Young have a 50th anniversary coming up, he responds with savage sarcasm: “Oh, yeah, there’s a huge anniversary coming up. Huge. It’s terrific! I love it!” At the same time, he won’t rule out a reunion with that group, who last played together in 2013. “Anything is possible,” he says.

Terrific! Young has a complicated history with CSNY, and his reluctance to reunite seems to stem from some personal animosity with David Crosby. The four most recently played together in 2013, but it’s hard to imagine Young enjoyed the shows very much. At 71 years old, Young is still churning out new material at a steady clip, and refusing to stick to the hits in his solo concerts. Crosby, Stills, and Nash, which haven’t put out an album as a trio or quartet since 1999, are basically content in their status as a 1960s legacy act.

Rolling Stone also talked with Young about the future of Pono, his widely criticized download store for high resolution audio files and associated music player. Young answered that Pono is looking to pivot to streaming audio, and “pushing towards getting a presence in phones.” (Though, as Rolling Stone points out, the iPhone’s hardware is not currently compatible with the better-than-CD-quality sample rate that Pono peddles.) It’s not clear whether that means the company is giving up on its download store and proprietary hardware entirely or just shifting its focus.