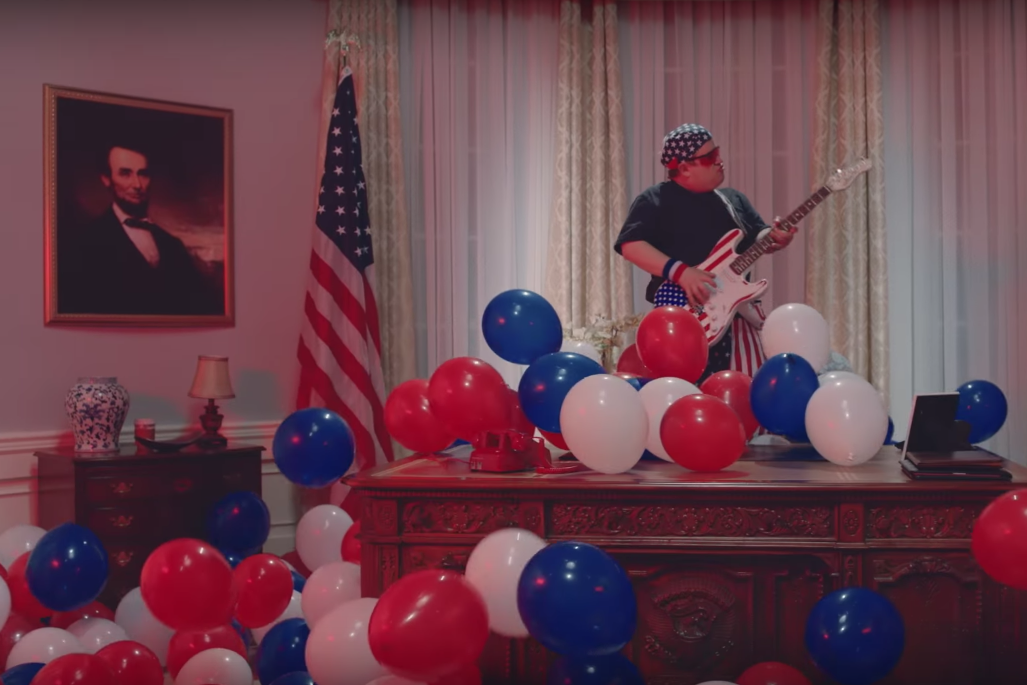 Just in time for tonight’s second presidential debate, Weezer have shared their “I Love the USA” music video, which stars comedian Patton Oswalt as a flag-bedecked citizen who sneaks into the Oval Office and carelessly starts a nuclear war. Weezer frontman Rivers Cuomo co-stars as a Secret Service agent.

Oswalt has been a passionate opponent of Republican candidate Donald Trump on Twitter. “We are Weezer and we approve this message,” the band wrote in the video’s caption.

“I Love the USA” appears on the deluxe edition of Weezer’s recent self-titled album, known as The White Album. The song was originally released to commemorate a NASA project. Watch the new video below.