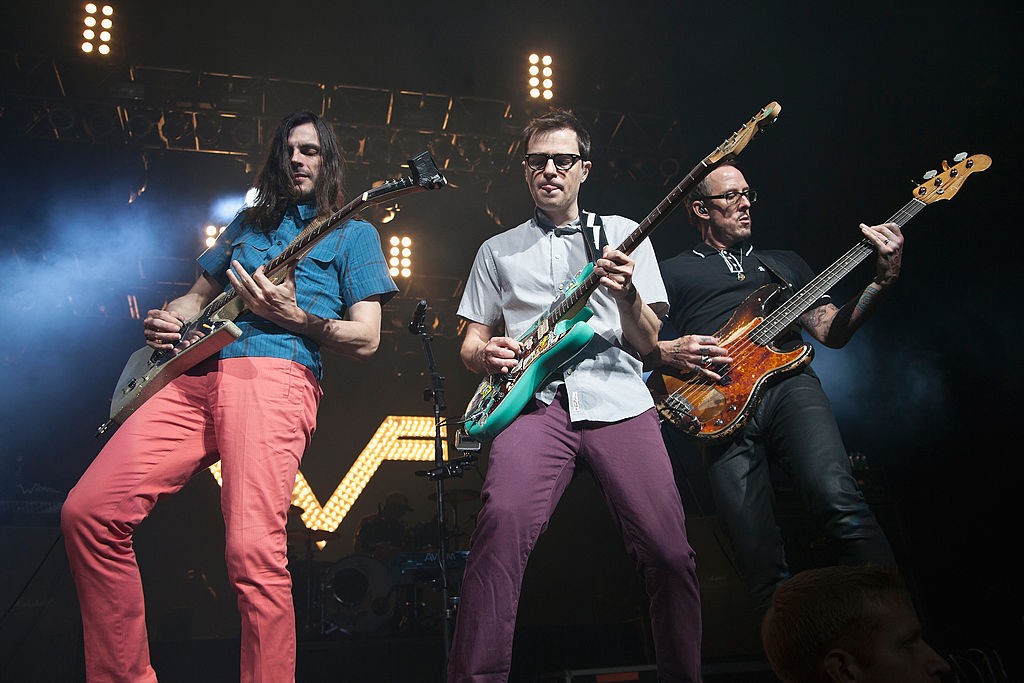 This Friday, Weezer will release a deluxe edition of this year’s release, Weezer (The White Album). It will add four new songs including a remix of “Jacked Up” featuring Nadya Tolokonnikova (of Pussy Riot) and Michael Fitzpatrick (of Fitz and the Tantrums), the new “Friend of a Friend,” the previously heard “I Love the USA,” and “Fake Smiles and Nervous Laughter,” which was shared today on Zane Lowe’s Beats 1 Radio. “Fake Smiles” also appears as the title and A-side of the Weezer and Wavves split 7″ record. Check out the song below and catch the deluxe edition of The White Album when it drops on Friday, October 7, via Crush Music.