Listen to the New Sleigh Bells Song, “I Can Only Stare” 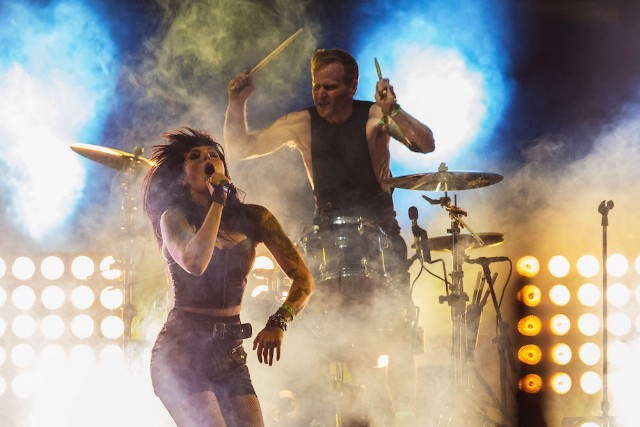 Sleigh Bells just released a new song called, “I Can Only Stare,” which is the fourth single from their upcoming album, Jessica Rabbit. In an interview with Zane Lowe that follows the song, guitarist Derek E. Miller said the new album is “about embracing a slightly deluded approach to life … It’s about setting the bar really high.” Listen to the new song below, and revisit the album’s other singles: “Hyper Dark,” “Rule Number One,” and “It’s Just Us Now.” Jessica Rabbit is out November 11.