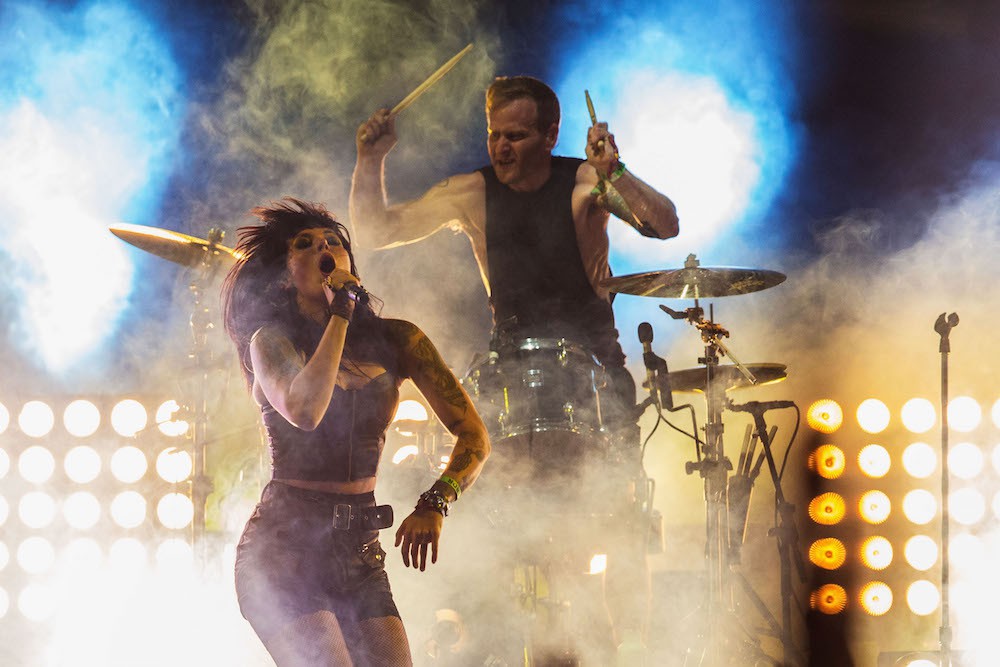 It’s been nearly three years since the noise-pop duo Sleigh Bells released their last album, Bitter Rivals, and since 2013 they’ve dropped only a handful of songs to tide fans over (their Tink collaboration “That Did It” and 2015’s “Champions of Unrestricted Beauty” included). Today they’re back with the thrashing “Rule Number One.”

Lyrically it’s a fascinating exercise in maturation versus stagnancy for the band — “Mostly ok / But I’m bleeding profusely,” Alexis Krauss raps on the first verse — but the track itself is a weirdly disjointed Frankenstein’s monster of ideas. Sleigh Bells have always been at their best when the sonics are tight; “Rule Number One” goes hard for sure, but its dips and dives make it divertingly hard to keep up. Hear it below.