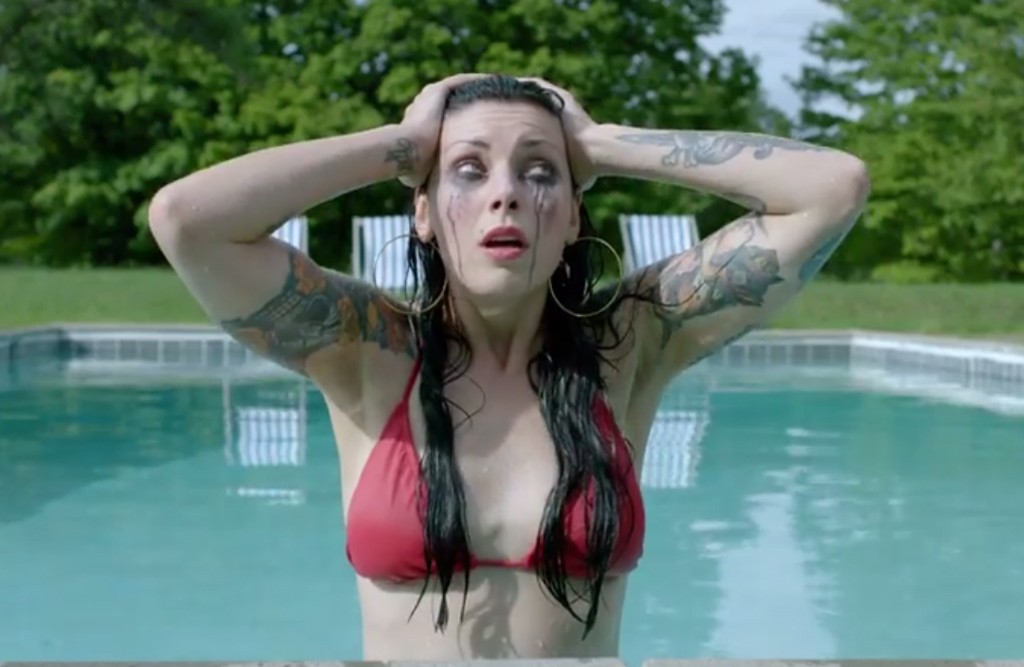 No one else sounds like Sleigh Bells, and that’s partly because with each successive release they seem to do more and more things that no one but this duo would. The chorus of their upcoming fourth album Jessica Rabbit’s opener “It’s Just Us Now” is possibly the most jarring in-song shift of 2016 since… the last Sleigh Bells song, the mighty and multi-partite “Rule Number One.” This one comes with a video though: guitarist Derek Miller (who also directed) skulking around while singer Alexis Krauss ruins her makeup in a pool.

The imagery is 100 percent them, and so is the titanic riff. Watch the video below.