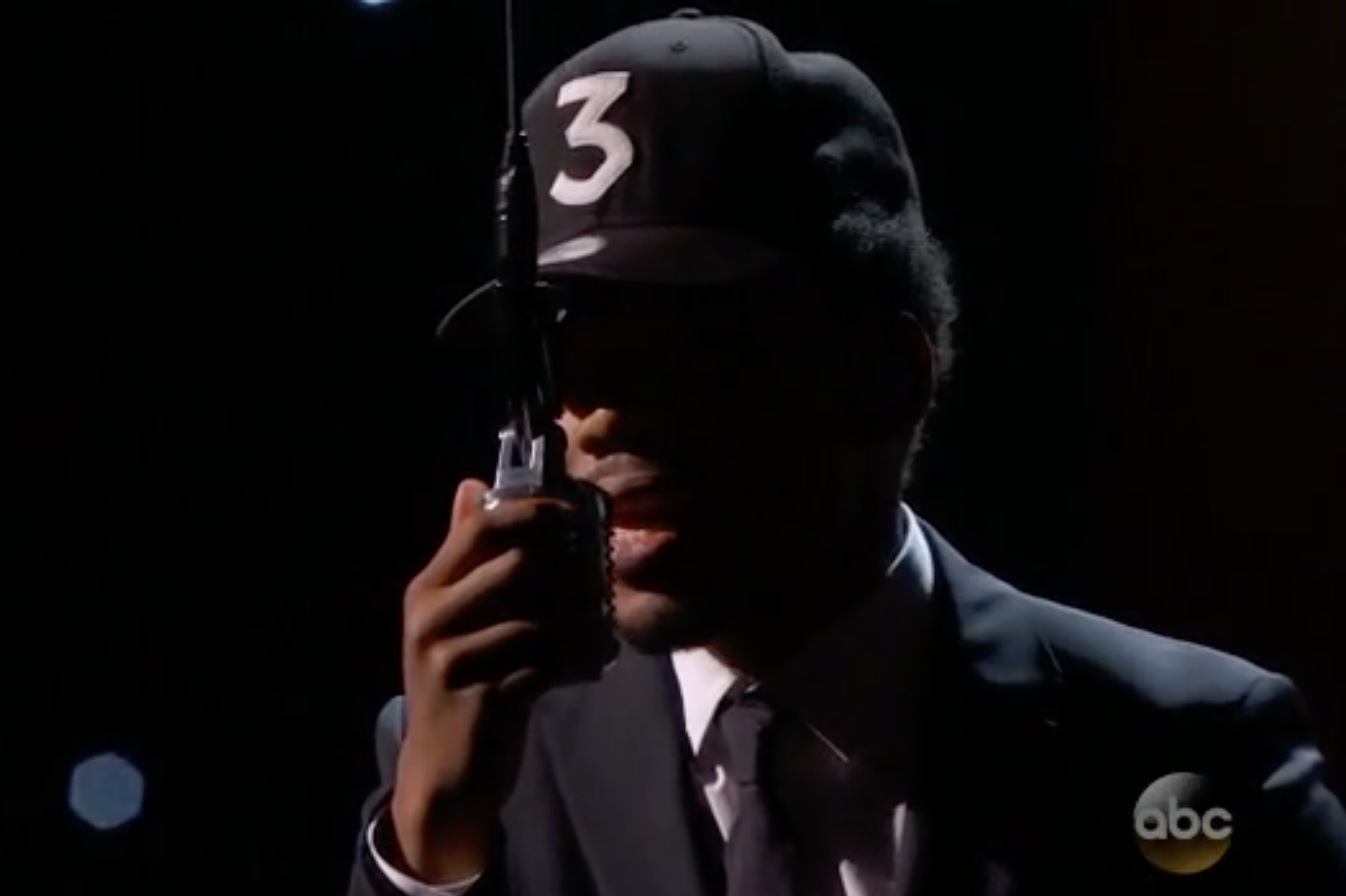 Chance the Rapper paid tribute to the late Muhammad Ali with an original song to close out last night’s ESPY Awards. The champion boxer known as the Greatest died last month at age 74 after a long battle with Parkinson’s disease.

The Coloring Book rapper was joined by frequent collaborators and members of the Social Experiment, including Donnie Trumpet, Jamila Woods, Peter Cottontale, and Teddy Jackson, as well as a gospel choir. “I was a rock, I was a rock’n’roller / Back in my day, but now I’m just a rock,” Chance sang as a slideshow of classic photos of Ali played in the background. The song’s official title isn’t yet public, but you can watch the moving tribute below.

Chance warmed up for his performance with the dance from this viral ad for Jones’ BBQ and Foot Massage in Chicago, featuring the Warriors’ Steph Curry:

Besides praying this is the best way to prep for a big moment #ESPYS cc: @StephenCurry30 pic.twitter.com/qf4kC2kACl

I am honored to say I will be apart of a special tribute to the great Muhammad Ali at tomorrow nights #ESPYS pic.twitter.com/w36F722srj

#ESPYS2016 today we are going to honor one of the greatest human beings to ever live. Live on prime time. #TheSocialExperiment #Ali

It was an honor. Rest in peace Muhammad Ali, He is in a much better place. #ESPYS https://t.co/C8q4ThB3zx