By most accounts, Beyoncé was hyper-vigilant in distributing credits for her recent "visual album," Lemonade: the Yeah Yeah Yeahs got one because Ezra Koenig riffed on their lyrics in a tweet. But Louisville, Kentucky-based independent filmmaker Matthew Fulks feels ripped off. In a new lawsuit, Fulks claims that a piece of Beyoncé's project unacceptably copied elements of Palinoia, a short film he completed in 2014. The list of plaintiffs includes Sony Music, Columbia Records, and Beyoncé's Parkwood Entertainment company.

Fulks' complaint isn't aimed at the full-length Lemonade film, but at the 60-second trailer posted to Bey's YouTube account the week prior to the HBO special. According to Fulks, the similar imagery includes "graffiti and persons with heads down" (pictured above), "red persons with eyes obscured," "parking garage," "stairwell," "feet on the street," and "the grass scene." Fulks also alleges similarities in the films' "auditory sequence." The lawsuit claims that these elements amount to parallels "rending [sic] the works substantially similar in both their total concept and feel and in many particular elements."

How would Beyoncé or her collaborating filmmakers have encountered Fulks' short? According to Fulks, he was once considered to direct a video for Columbia-signed electro-pop duo MS MR. He says he submitted links to his work to multiple people at Columbia, including a video executive named Bryan Younce. Younce is one of almost two dozen Columbia and Sony employees credited on Beyoncé's self-titled 2013 album, although he is not named on Lemonade. Fulks claims he and Younce exchanged emails regarding MS MR about five months before Lemonade began filming.

Although his copyright claims concern only Lemonade's trailer, Fulks' suit demands that he also receive a portion of profits from the full-length film and the audio album. Beyoncé's camp has not yet commented on the suit. Return to the slideshow to see all of the film still comparisons cited in Fulks' suit, or scroll down to compare Palinoia to the Lemonade trailer. You can read Fulks' full complaint via the Hollywood Reporter. 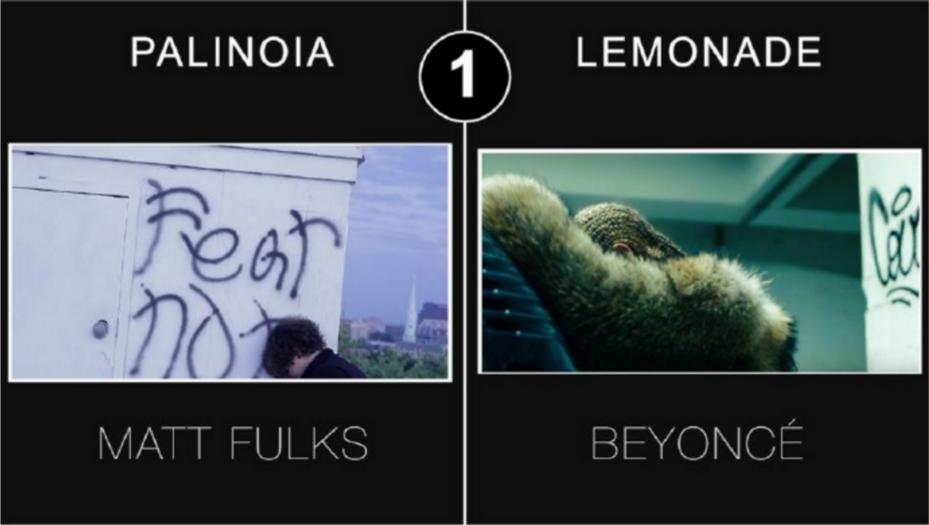 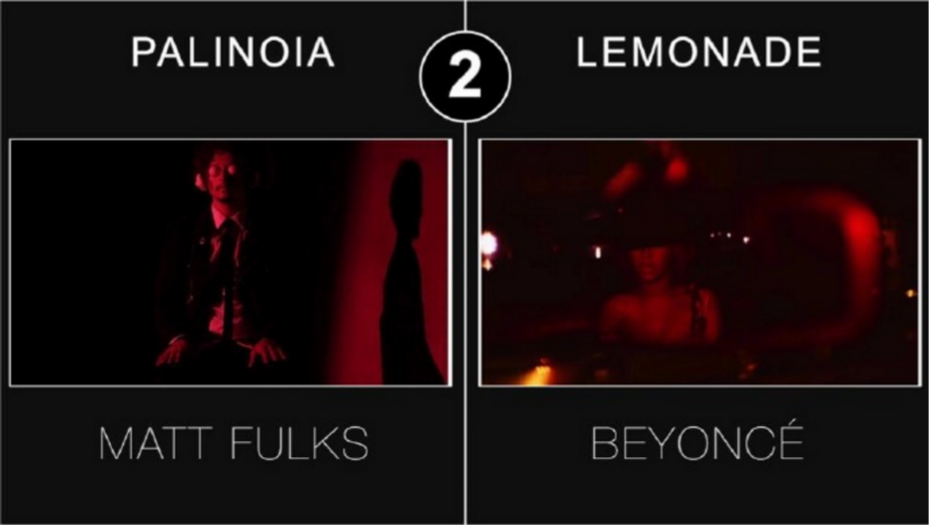 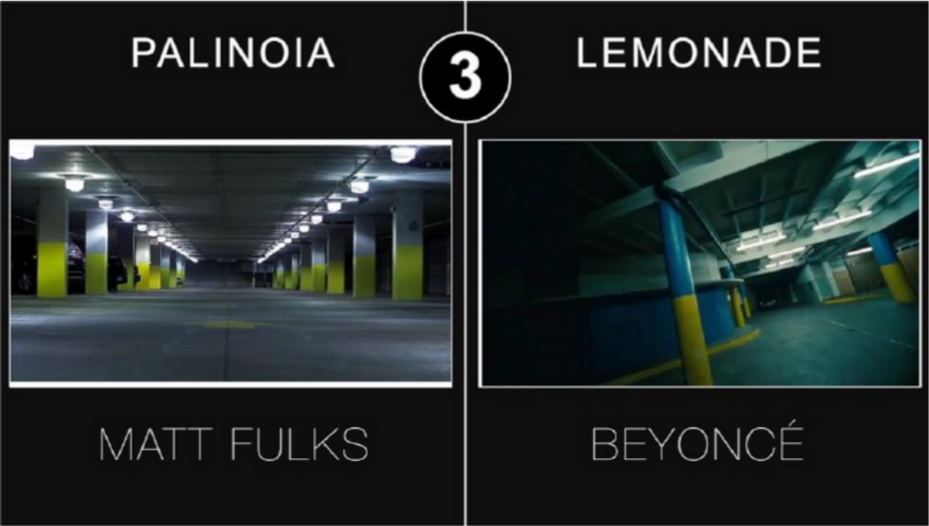 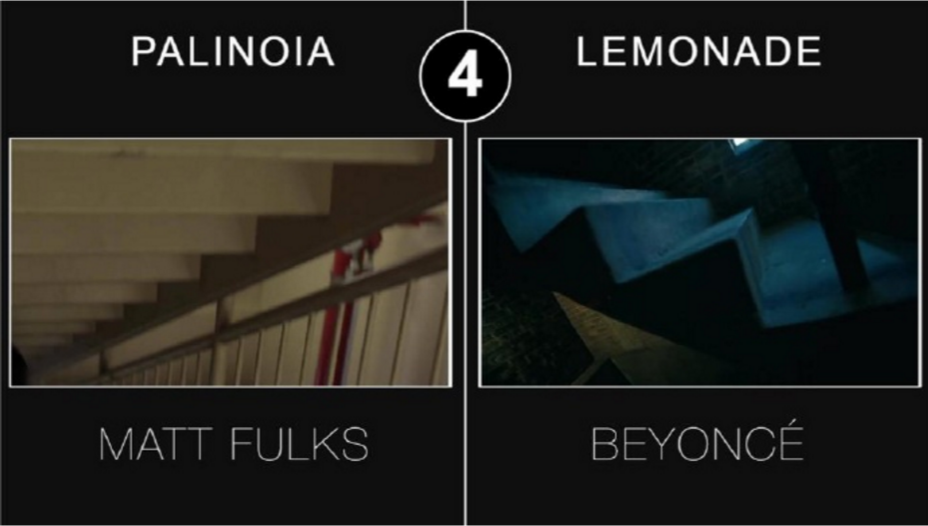 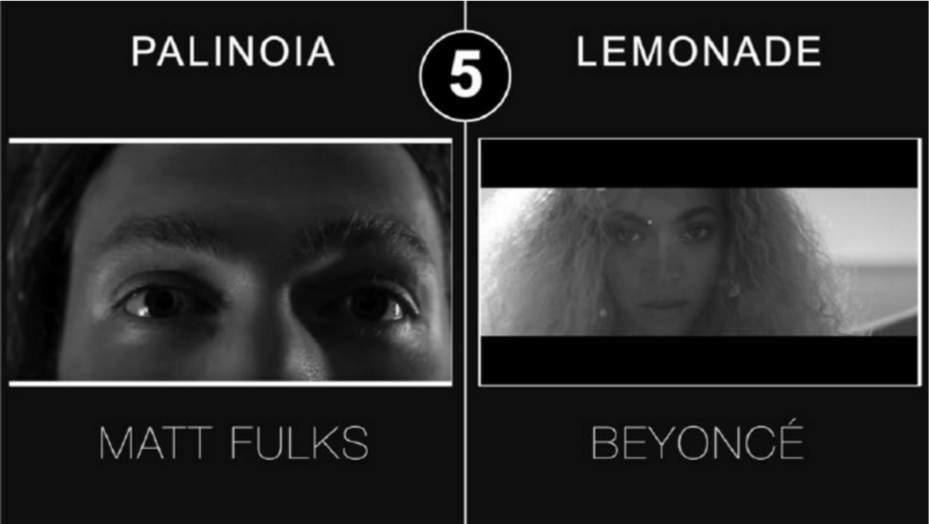 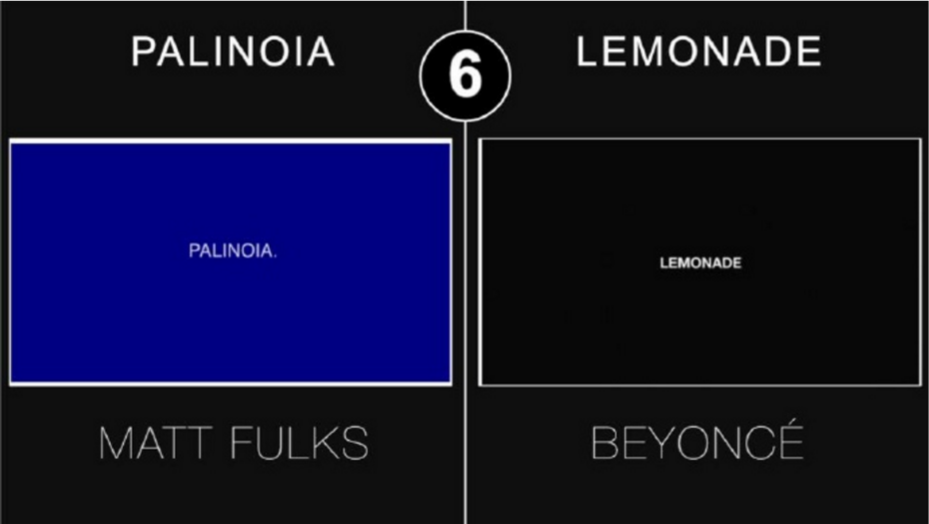 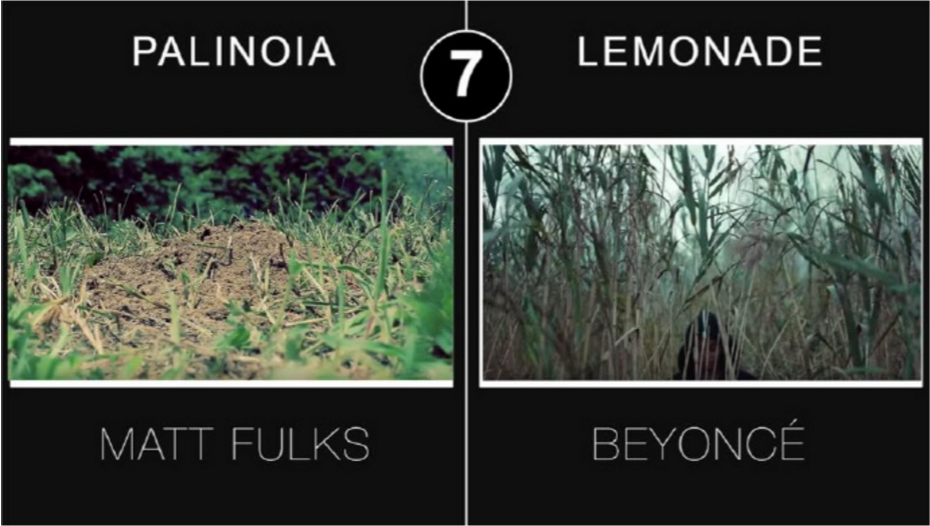 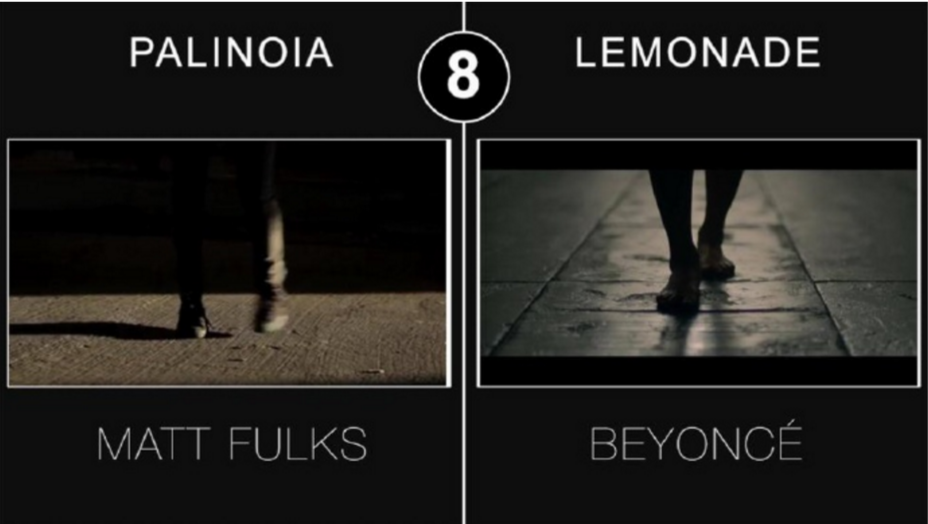 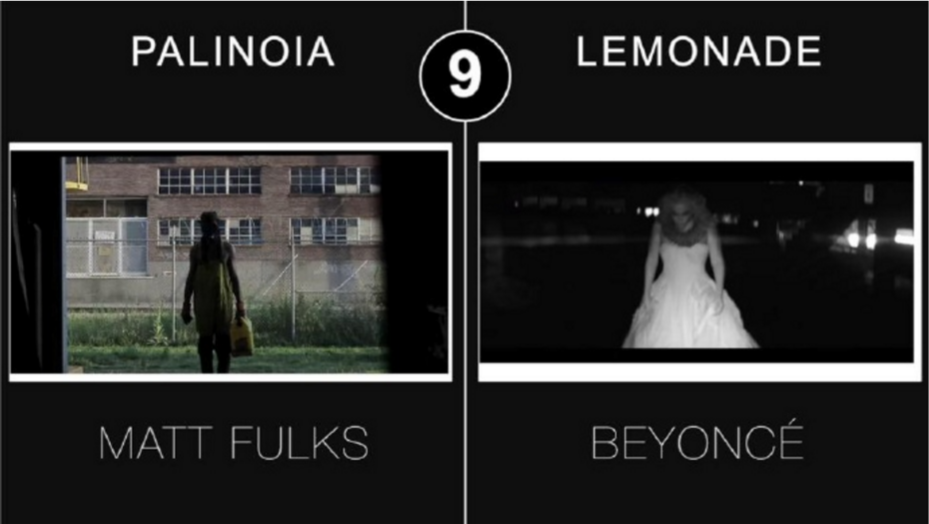