Review: Beyoncé Is the Rightful Heir to Michael Jackson and Prince on ‘Lemonade’

Like all things Beyoncé, Lemonade is a triumph of marketing and musicality, spectacle and song, vision and collaboration, Borg-like assimilation, and — as of 2013 — the element of surprise. And lest we forget, Bey’s one half of the only celebrity-artist marriage bond that matters to media and civilization today. Curiosity and speculation about her very private life with Jay Z renders that mystery an exploitable readymade — especially for professionally confessional songwriting inspiration and for moving mountains of product. The tongue-wagging tabloid division of the national imagination fiends for Jay and Bey data with their debit cards.

There’s no metric nuanced enough to measure the unit sales reaped from the erotic (and pearl-clutching) incitement induced by “Eat the cake, Anna Mae” and “Ride it with my surfboard,” alone. “You better call Becky with the good hair” is breaking the Internet as we speak; why waste a gang of loot on promotion when a few dollops of viral poesy and self-inflicted gossip-mongering will do? If Bey the music producer/visual curator is going to spend lavishly it’ll be on A-List directors, production designers, and operators of the editing suite. Hence there is Lemonade the tuneful album and Lemonade the phantasmagorical HBO special to critically assess. They are equally well-crafted, crafty propositions to wrap our hearts and noggins around. They are substantially differentiated ones as well.

As a body of songs, Lemonade presents Bey at her most skilled and fully matriculated as a pop studio maven and conductor of the present’s preferred orchestral mode: creative file-sharing. The alignment of composing and arranging chops comes conjoined to a rock-solid thematic staple: the furies of a woman scorned becomes this doleful Electra. One whose muses are by stark lyrical turns also sardonic, sarcastic, baleful, mournful, murderous, adulterous, kittenish, self-eviscerating, self-devotional, self-resurrecting. The emotional roleplay and array of musical settings harkens back to the Aretha Franklin of Spirit in the Dark, the Nina Simone of It Is Finished, and the Roberta Flack of Chapter Two. “Pray You Catch Me” and “Sandcastles” are standouts in this regard. Whether you experience that depth of soul or not is an existential question — a who-feels-it-knows-it quandary — but this O.G. critic’s ears hear Bey clearly swinging for those astronomical rafters on Lemonade and banging it out the park on track after track.

Not since MJ have we gotten to witness a former teen star evolve into a grown-ass one with so much state-of-the-art pop currency, pantheonic ambition, and craft of song. In the absence of our dearly departed and grievously beloved Prince, she’s become the model for how much grind is required if your teleological gameplan divines your sharing eternity with Black music’s gods and goddesses. “Don’t Hurt Yourself,” her poundingly guitarlicious collab with Jack White, stomps onto Betty Davis turf — check “He Was a Big Freak” — with ferocity and sexual mockery. “Daddy Lessons” gives you second-line brass before she goes straight-up acoustic Texas cowgirl, promoting frontier justice for the bad men in your life. FYI, wethinks Alice Smith’s soaring, lusty twang may be as much an inspiration as the Longhorn state.

Imagine “Freedom” as a parabola whose axis of symmetry finds Bey rocketing between the bodacious glamazon grrl power of En Vogue’s “Free Your Mind” and the kickassrootswomanism of Bessie Smith’s “Do Your Duty” — plus, it’s where you’ll find this Lemonade stand’s hot-to-def Kendrick Lamar verse to boot. The Weeknd cameo “6 Inch” includes the most deft, dark, and gangsta interpolation of an Isaac Hayes sample since Public Enemy’s “Black Steel in the Hour of Chaos” all the way back in ’88. (Let’s also take a sec and note that both of these 2015-winning insurgents turning up on Bey and Yeezy’s contemporaneous sniper attacks shows us whom this zeitgeist really belongs to.)

Students of history and R&B vocalese should love the polyfluent and elastic liberties Bey routinely takes in her songs now, character-acting and code-switching like t’aint nobody’s business if she do. As SNL astutely noted, Bey got rhetorically Blacker when Black Lives Matter become the movement-meme du jour. Vocally this means she’s actually become more effusively Southern: in slang, dialect, and jokes. Anybody who didn’t crack several grins first time they heard “Formation” may need their funny bones reset.

For a black woman from Texas to fully access her Mason-Dixon-derived privileges means she’s got hella interpretive options, running from syrup-slurred trap-house queen to go-for-baroque opera-house royalty and obviously relishing the trickster gaminess of it all. Visually, literarily, choreographically, cinematically, this full accessing of her Southern bona fides shows up in the HBO project as ritual evidence that Bey’s spent her downtime delving into the avant-garde mysticism of black-feminist poetry, novel writing, dance, gallery art, and film — notably Julie Dash’s 1991 Daughters of the Dust. (The New York Times just made the connection explicit.)

Bey’s narration of Somalian poet Warsan Shire‘s work in the video (and not the album) is another resonant example. Expect the BeyHive’s warp-speed cadre of Black academic scholar-aesthetes to exegete the full outlier reference guide for the rest of us in the coming weeks, days, or within nanoseconds, even. Lemonade affirms that Bey — as we dug with the cop-taunting “Formation” video, her Panther-powered Super Bowl takeover, and her short doc on Black men — is deploying visual media to render her race politics explicit and show her feminism as forevermore steeped in ancient wisdom and ideas gleaned from heady modern texts. Lemonade the album, however, is out to sonorously suck you into its gully gravitational orbit the old fashioned way, placing the burden of conjuration on its steamy witches’ brew of beats, melodies, and heavy-hearted-to-merry-pranksterish vocal seductions. In her mastery of carnal and esoteric mysteries, Queen Bey raises the spirits, sizzles the flesh, and rallies her troops. 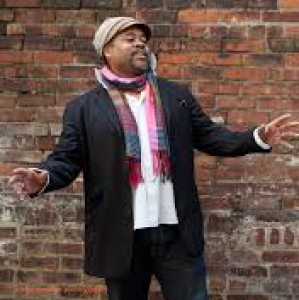