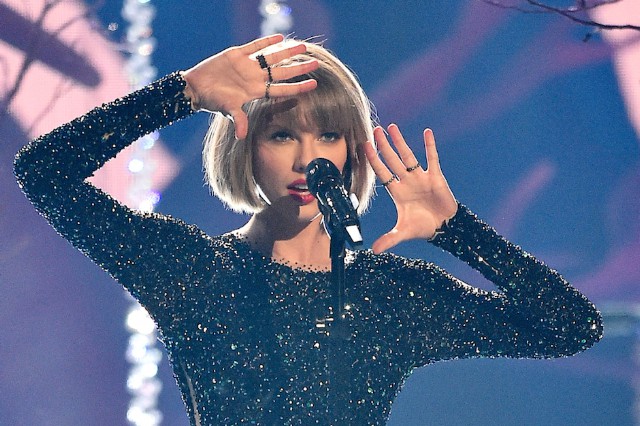 Taylor Swift threw some just subtle-enough shade at Kanye West during her acceptance speech for last year’s 1989, which took home Album of the Year. Seemingly addressing the rapper’s misogynistic lyrics about Taylor Swift (“I feel like me and Taylor might still have sex / Why, I made that bitch famous”) on The Life of Pablo, Swift said:

As the first woman to win Album of the Year at the Grammys twice, I want to say to all the young women out there: There are going to be people along the way who will try to undercut your success, or take credit for your accomplishments, or your fame.

She then encourages aspiring female artists to not, as West might have said, let anyone distract from their creative process. You tell ‘em, Taylor.

Is @taylorswift13 taking shots at @kanyewest during her acceptance speech at the #GRAMMYS? pic.twitter.com/GC5NMXaSnN