Off of their sophomore album, 'Violet City Lantern,' our February 19 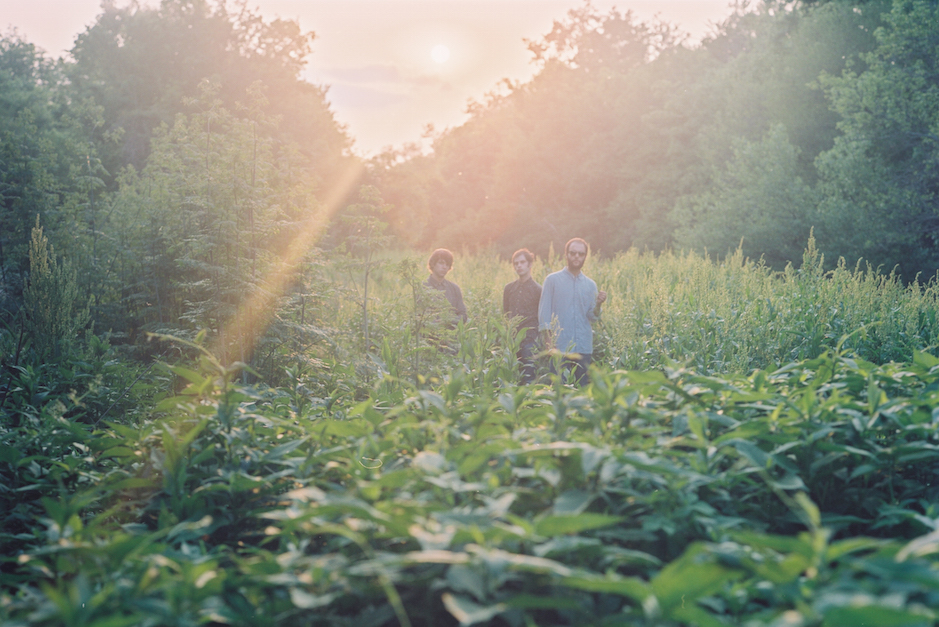 Louisville, Kentucky-based Murals are a long arc. Composed of founding members Evan Blum, Rob Monsoma, and Jacob Weaver, the psych-pop trio have been writing, recording and touring together for over a decade. Weathering their fair share of tribulations and growing pains, they landed back in their hometown to lay groundwork for sophomore effort Violet City Lantern. Living inside a former daycare center on the outskirts of town, they continued to expand upon their already impressive grade of mellow, Pet Sounds-inspired psychedelia found on 2012’s On A Passing Cloud.

Latest single “Watching In the Dark” shines light not only on the substantial chemistry between old friends but also their striking growth as musicians. Buoyant and upbeat, there is not a single note that rings out of place. The bass and drum groove is natural and unobtrusive, leaving enough room for reverb-laden (á la Real Estate) guitars and at times haunting baritone vocals. A simple enough trick, a quick tempo change midway through solidifies the tune. Avant yet accessible, Murals are testament to the fact that sometimes slow and steady actually does win the race.