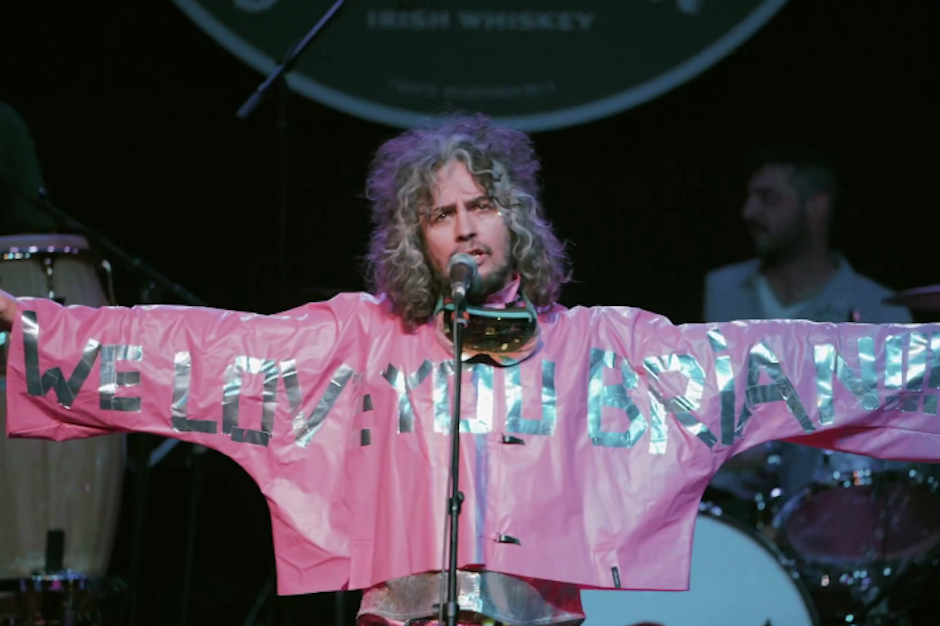 Back in March, a handful of rock A-listers (including Brandon Flowers, Best Coast, and the Flaming Lips) paid tribute to the Beach Boys’ Brian Wilson at an event called Brian Fest. Fan-shot footage had already surfaced, but today a better look into the festival is available thanks to the first installment of a two-part behind-the-scenes documentary.

Some of the musicians on hand, including fellow Beach Boy Al Jardine, the Flaming Lips’ Steven Drozd, and Heart’s Ann Wilson, talked about his legacy of “brilliantly composed” music. Interspersed with those talking head interviews are clips of the Lips performing a spacey rendition of “Good Vibrations.” Watch the video below.