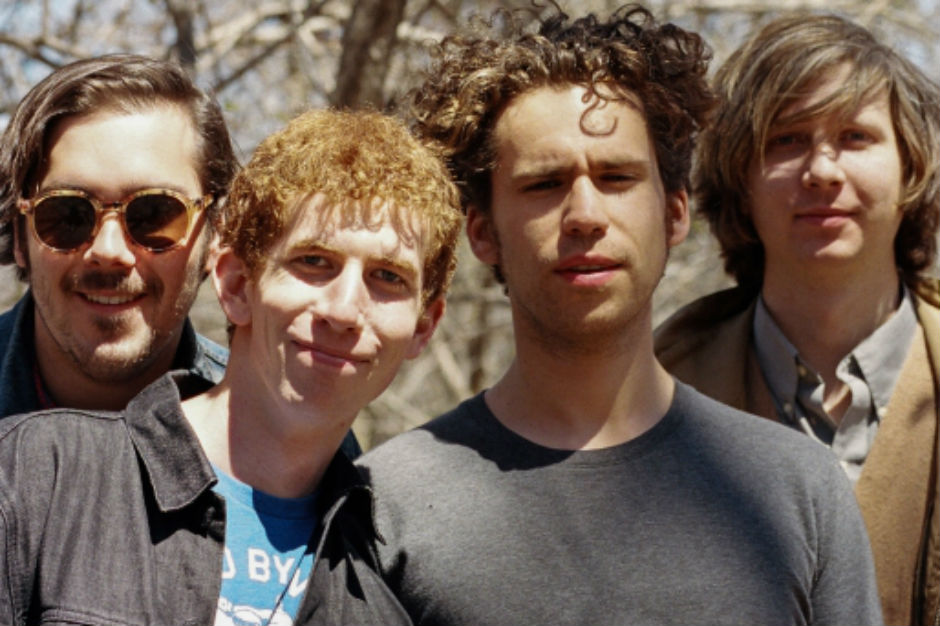 Goodbye cruel world, Parquet Courts are off to join the circus. You’d think that “Stoned and Starving” was some “Creep”-like smash of crossover ubiquity (or Sunbathing Animal some OK Computer-like flashpoint for unanimous critical superlativizing) from the way the whipsmart post-punk quartet have swerved into the screeching left turn of their latest EP, Monastic Living. The set — which at nine tracks and 32 minutes, is mysteriously close in length to last year’s Content Nausea LP, recorded without their rhythm section under the Parkay Quarts fake-moustache — sees the band, back to full lineup and correct spelling, reinventing themselves as avant Krautrockers, sacrificing conventional song structures (and lyrics, mostly) for crunching, free-form drone rock. Regardless of how big the Parquet Courts bandwagon has actually grown since 2013’s breakthrough Light Up Gold, anyone who’s not holding on real tight will probably getting bucked from it with one listen to Monastic Living.

It’d be an impractically straight reading of this record to say that it’s simply a caustic auf Wiedersehen to the less-devout sects of their fanbase, though. Everything about the EP suggests a band self-conscious of their own self-seriousness, essentially satirizing the cliché of a breakout underground act kicking the leg out on their critical and commercial potential, from some combination of guilt, stress, and boredom. The shortplayer’s title and cover — a robed figure blithely washing dishes in the sunlight — are cartoonish over-suggestions of Parquet’s desire to dismiss the anxiety and information overload swirling around their ‘net-queasy previous release in favor of the simple(st) life. Leadoff track “No, No, No!” — the lone of the nine to feature vocals and some semblance of verse-chorus-verse — begs for the group and their music to be left alone, with a puritanical fervor that’d make Ian MacKaye blush, protesting, “I don’t want to be an essayist” and “I don’t want to be an influence” before concluding, “We’re just a band.” (Parquet themselves undercut the song’s “profession of ignorance” in the set’s liner notes, declaring it “self-righteous, preachy morality shouted by a pure-fool.”)

But to invoke Eric Weisbard on Eminem, anyone who thinks there’s only one joke here never understood Wire. Like their forefathers in art-punk pranksterdom — referenced here via the blocky imagery of the cover — Parquet have a subtle but wickedly snotty sense of humor. “Alms for the Poor” starts out with a massive, lumbering guitar strut that seems like it’s going to swoop in to save the album from its ambling difficulty, but after a couple of measures of repetition, the band audibly loses interest and the song peters out. (The whole thing lasts 43 seconds.) “Prison Conversion” — the mini-album’s climactic finale — seems like it’s going to close the collection with unexpected grace, playing out with a ringing guitar riff reminiscent of late-’60s Credence, but its twinkle is undercut with the sound of a dying airhorn, which gradually builds to a feedback squall for a full minute at EP’s end. The jokes may ultimately be on us, but they’re amusing enough in their absurdity that it’s still hard not to laugh with them anyway.

There’s plenty of sublime to go with the ridiculous, as well. The 90 seconds of sawing guitars that comprise “Frog Pond Plop” are gorgeous enough in their wavy discord that it could’ve easily been an instrumental on an early My Bloody Valentine EP. The plink-plunking guitar harmonics that duel throughout “Monastic Living II” sound like the intro to an early-MTV classic by Devo or Missing Persons  — extended to six minutes, sure, but those were always the best parts of those songs anyway. And “No, No, No,” for all its self-defeating rhetoric, is a mean little groover, no less slinky for its being soaked in feedback, basically beating Girl Band at their own game in under two minutes. It’s not as exciting as Light Up Gold or as consistently captivating as Sunbathing Animal, naturally, but for an album that at first blush feels like a purposeful f**k-off, Monastic Living is a surprisingly rich listen.

Whether this curveball represents a thorough career shift — and for the record, those who paid attention to the underrated Nausea, and the Suicide-al buzz of songs like “Psycho Structures” and “No Concept,” will find this record a lot less surprising — or just a brief diversion is unclear. For their part, Parquet Courts aren’t saying; true to their vow of silence, the band has declined to do any press surrounding their new release. It’s a smart move, leaving the EP as a litmus test for just how far down you’re willing to follow one of the most challenging, enigmatic, and brilliant bunch of wiseasses to emerge from this generation of indie rock. If not, nice knowing you. Just don’t be surprised when their next album is a bunch of pristinely produced pop songs.