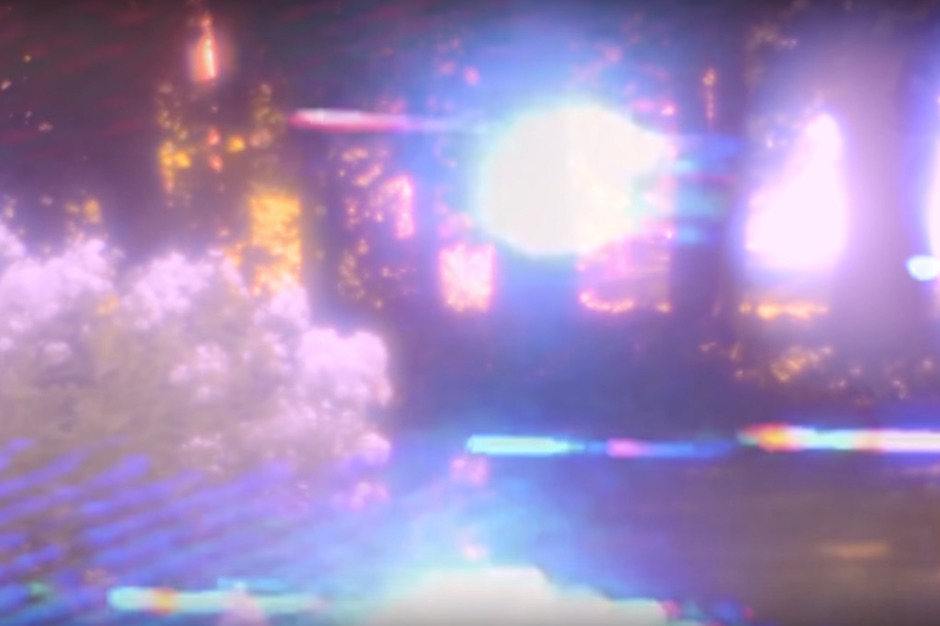 Primarily working under the name Ricky Eat Acid and leading the indie-punk outfit Teen Suicide, Maryland songwriter Sam Ray mostly put his guitar-pop project Julia Brown on hold following the release of their 2013 cassette To Be Close To You — an endearingly frank collection of songs “recorded at various people’s houses over a long period of time.”

But unbeknownst to the world at large, there was another batch of tracks out there. Even as Ray was making moves to dissolve Julia Brown, he had written a body of work that would soon become the band’s first and final full-length LP, An Abundance of Strawberries.

In an email, Ray called the resulting album, out of the dozens he’s recorded, the only one he’s “written so far in [his] life that [he’s] this proud of.” It felt special, and as such he never officially promoted or distributed the collection, choosing instead to send it to fans who requested it via email in 2014. Eventually, he put released the album on Dropbox to download for free, but it never received a physical release.

Now, he’s retrieving the record from the depths of the internet, and issuing it as an LP on the newly minted Joy Void Recordings on January 15, which is also reissuing To Be Close to You and releasing a new Teen Suicide 7-inch called “Sonic Youth.” In a statement, reproduced in full below, Ray says that the physical release was actually intended from the beginning, but it’s only now, over a year later, that the circumstances have allowed him to put it out in exactly the way he wanted.

In celebration of this new release, Julia Brown are also sharing a video for “Snow Day,” a shimmering track from Strawberries that blends blunted indie-pop melodies with unconventionally warped electronic drums, that border on the Baths and Dntel school of beats-and-vocals singer-songwriter structures. Appropriate to the songs fluttering title, the Linnea Nugent-directed clip is a hazy, abstract thing that pairs fits the song’s amorphous mood. Watch it here alongside Ray’s statement about the decision to officially release the recording, and pre-order An Abundance of Strawberries, due January 15 via Joy Void Recordings.

Ray also shared a statement regarding his decision for the album’s proper release. Read it below.

“I always wanted to do a physical release of Strawberries (Julia Brown’s final & only LP!). Even before the record was finished it was something I thought hard about and was constantly brainstorming. For a while I wanted to release the record only on tapes with flowers pressed inside them. I have all of the tapes, dubbed and with flowers inside them, and I will mail them at some point to the people I want to have them. Still, I always knew I wanted to do some kind of vinyl release, as it’s really the only record I’ve written so far in my life that I’m this proud of (even over a year removed from the final product, and now nine years removed from the first song I wrote for it). Doing so at the time the album was finished (early 2014) just felt a bit overwhelming and I shied away from it, preferring to send the record around digitally only via email to anyone who asked for it. I did this for a few weeks, responding to hundreds and hundreds of emails a day, until the amount of emails sitting in my inbox unanswered still numbered in the thousands. I wanted to share it this way because almost all of my favorite records have been passed to me through burned mixtapes — often without track listings — or through mysterious thumb-drives, dropbox links, etc. I also wanted to share the music with people who told me they wanted to hear it and get to discuss the record with it — both what they liked and didn’t like — and that was a very, very gratifying experience and reminded me exactly why I first fell in love with writing, recording, and even listening to music years and years ago.
So that all said, I still waited a long time to do a proper physical release of the record — as well as make it widely available digitally — and this was honestly mostly out of apprehension. I’ve never gotten to release a record before that I could say I was very proud of, and I didn’t really want to do that then, with my mental state the way it was and my life always verging on being a total mess. I wanted to write Strawberries both with a wide audience and no audience in mind, which is to say it is a very personal album even though most of it does not directly reflect my own experiences or memories. It’s personal in a different, less documentarian way, and that’s as difficult to try and explain in press releases and interviews as it is to try and perform and relive nightly. I’m very glad to have gotten this record finished, and I couldn’t be happier with it even though I can pick apart its every flaw as clearly now as I could when I first sent it off to be mastered.
When you finish a record, it’s no longer your own. You release it, other people consume it, and they change its meaning to fit their own experiences, emotions, life, etc. That’s a truly wonderful thing, but it’s also very hard when what you’re letting go has such a specific, personal meaning to you. It was much nicer to ease into it the way I got to.
Apprehension aside, it was nice to find a home for the album with a label that would let me keep complete creative control over the packaging & release of the record, and focus more on distribution and making a beautiful physical thing we could be proud of than worrying about selling a ton of records & touring miserably and incessantly, so that has been a Godsend.”

Ricky Eat Acid – “My Angel Crying In The Rose Room”

New Music: Teen Suicide – “Smoke Gets in Your Eyes”