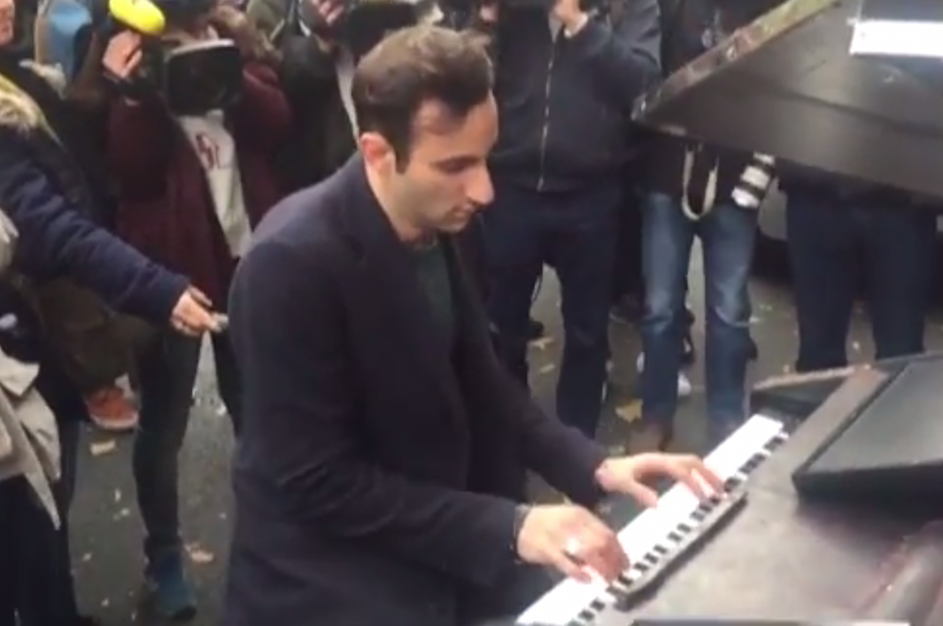 Update 2: Coldplay also covered “Imagine” during their Friday night show at Los Angeles Belasco Theater. The band played a short acoustic set of songs from their catalog rather than their original TIDAL performance, which they postponed following the Paris attacks. Watch the performance here. [h/t Stereogum]

Update: Twitter user @actuallypete has identified the pianist as Davide Martello. This information has yet to be confirmed by SPIN, but according to this website, it seems likely.

An unidentified pianist played John Lennon’s stirring 1971 plea for world peace and love, “Imagine,” on a grand piano on Saturday morning outside of Parisian venue Le Bataclan, one of the sites where Friday night’s attacks took place. The Guardian is hosting footage of his performance, along with shots of people mourning the tragedy and laying roses at Le Carillon and Le Petit Cambodge restaurants. Watch the minute-long clip here.