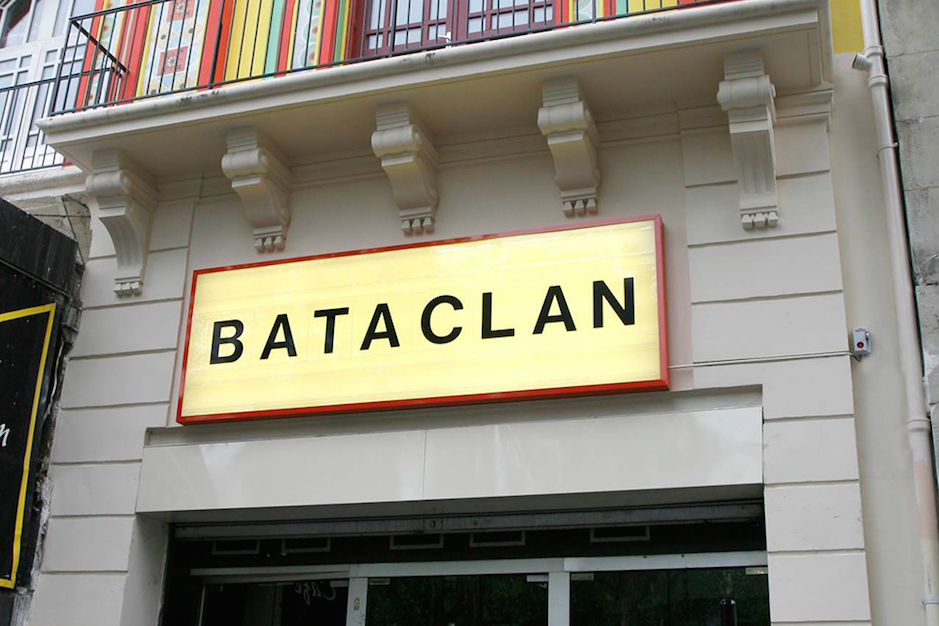 Update 10: An extensive first-person account from the mosh pit at Le Bataclan has been posted to Reddit. Find the original French version and the English translation below over at the forum’s site.

Update 9: In an interview with CBS Sacramento, Deftones’ lead singer Chino Moreno confirmed that all band members present in the audience at the Eagles of Death Metal’s Paris show are safe. He also added some details about what happened to them that evening, including hearing the gunshots while he was at dinner. Read an excerpt below.

Yeah, we’re safe… We weren’t scheduled to play at the Bataclan until tomorrow night. A couple of band members, they went to the concert, but they left early — after the first few songs they ended up leaving the venue. They got out of there and all of our band and crew are safe and accounted for at the hotel now. So, we are just here, we’re pretty much on lockdown. They told everybody pretty much to stay indoors and don’t go out, because they’re still — everything is still unfolding as we speak.”

Update 8: According to the Guardian, officials have said the number of deaths at the Bataclan is 87. AFP reports that Eagles of Death Metal will return home, and that nu-metal disruptors Deftones have canceled shows they were scheduled to play at the Bataclan Saturday through Monday; they were in the audience on Friday night but no harm to them has been reported.

Update 7: The brother of Eagles of Death Metal drummer Julian Doro tells Atlanta’s Channel 2 Action News that the band were six songs into their set when the gunmen entered Le Bataclan.

He said they were playing, about six songs into the show, they heard, before they saw anything, they heard automatic machine gunfire. It was so loud, it was louder than the band, and they hit the stage floor. As they got up to try to evacuate they saw men with machine guns just shooting anything and everything in the venue. Fifteen hundred people, Julian said, was about the capacity of the venue. I don’t know if it was seated or standing but Julian, the lead singer and some of the crew, there was a door back of the stage that led to a street and they flew out the back door.

Update 6: The AFP is now reporting that “around 100″ people have died in the venue.

Update 5: The Associated Press reports that the police raid on Le Bataclan has ended with at least two attackers dead.

BREAKING: Police: Assault on Paris concert hall with hostages is over, at least 2 attackers killed.

Update 4: Eagles of Death Metal have shared a statement to their Facebook page:

We are still currently trying to determine the safety and whereabouts of all our band and crew. Our thoughts are with all of the people involved in this tragic situation.

Posted by Eagles Of Death Metal on Friday, November 13, 2015

Update 3: Agence France-Presse is reporting that Paris police are storming Le Bataclan. Additionally, the band Deftones, who were scheduled to perform for three nights in a row at Le Bataclan starting tomorrow, November 14, are safe, according to Substream.

Update 2: Mary Lou Dorio, the mother of Eagles of Death Metal’s drummer, Julian Dorio, told the Washington Post that her son and the rest of the band were safe, and managed to flee the concert hall when the attack started. She said that they don’t know what happened to several of their crew members. French police say that at least 40 people have been killed across the city, according to the Post, and the number of reported hostages at Le Bataclan has risen to 100. French President Francois Hollande has closed the country’s borders and declared a national state of emergency.

A hostage situation is reportedly unfolding at a Paris concert hall called Le Bataclan where Eagles of Death Metal — whose lineup on studio recordings includes Queens of the Stone Age’s Josh Homme — were scheduled to play tonight. According to Libération, a French-language news site, witnesses at the 1500-capacity venue heard a “big bang” and about 20 gunshots. The Agence France-Presse reports that hostages have been taken and that 15 people have been killed in attacks at the concert. A Facebook post from the venue indicates that Eagles of Death Metal were scheduled to play the concert hall tonight. An Instagram photo (embedded below) shows the band onstage at the venue. Up to 60 people may be held hostage, according to BBC reports.

Speculation on Twitter seems to suggest that Josh Homme was not on tour with Eagles of Death Metal at this time.

Accounts from the scene suggest that there have also been attacks in other locations, but few other details are available at this time.

Representatives for Eagles of Death Metal did not immediately reply to requests for comment.