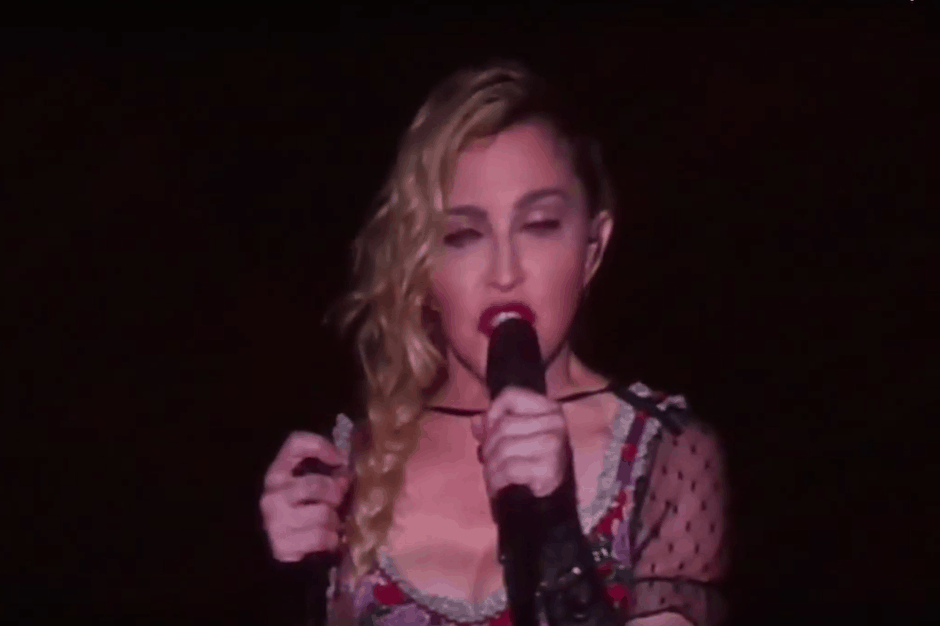 After sending out a prayer for Paris on Instagram following Friday’s terrorist attacks on the city, Madonna shared more of her feelings on the Stockholm, Sweden stop of her Rebel Heart tour. “There is power in unity, and I do believe, as much chaos and pain and senseless violence and terrorism that occurs around this world — not just in Paris — there is more goodness in this world,” she said, becoming visibly emotional at several points during the ten-minute speech.

Madonna admitted that she almost canceling her performance that evening before thinking better of it. “Why should I give that to them? Why should I allow them to stop me?” she added, to thunderous applause, leading into a moment of silence she ended with an acoustic rendition of (what else?) “Like a Prayer.” Watch the clip here.

We Are All Immigrants?? #ELLISstory @JR We all bleed the same color……We are all ONE🙏🏻🙏🏻🙏🏻 Pray For Peace! In Paris and all around the World ??#rebelheart