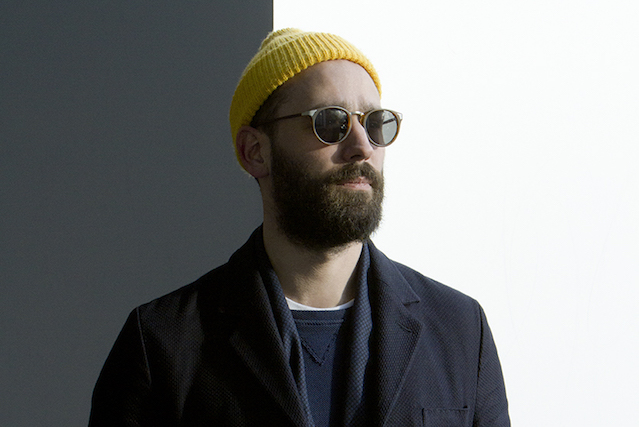 In September, Jonas Rathsman had what anyone else might call a “you know you’ve made it when” moment at Chicago’s O’Hare International Airport. After heading straight from his Primary Night Club set’s afterparty to the airport at 6 a.m., the Swedish DJ and producer ran into Questlove from the Roots, whom he’s idolized since his days as a 20-year-old spinning West Coast rap in Gothenburg nightclubs. “Obviously I was drunk, so I just went up and was like, ‘Dude, I’m your biggest fan,'” he tells SPIN over Skype. “I wanted to shake his hand and he was like, ‘Dude, you can do better that that, give me a fist bump.'”

Though this bleary exchange had Rathsman so giddy he later tweeted about it, the later-blooming tech-house purveyor shrugs it off. “I don’t put too much stock in celebrities,” he says. It’s something he’s presumably become inured to after touring for the past few months with Disclosure and Gorgon City, not to mention receiving accolades from OG dance music icon and BBC 1 Radio tastemaker Pete Tong, whose Midas touch helped the 34-year-old graduate from graphic designer (he designed the McDonald’s app font) to full-time beatmaker.

This year has been an especially bumping one for Rathsman, who’s unleashed a steady stream of increasingly popular tracks since the spring. Of his original tracks, first came the prowling, grunt-studded “Wolfsbane” (which launched Disclosure’s imprint Method White), followed by the more elegantly primal “New Generation.” His remixes stand in a class all their own, led by his echoing, tropical-dipped remix of Sam Smith’s “Like I Can” and a hair-raising remix of Disclosure’s Smith-featuring “Omen,” rich with violin accents and a marathon beat. Even though he shared a tour bus with the Brothers Lawrence, with whom he’s also now close enough that they make good-natured fun of his folk dancing, Rathsman remains slightly in awe of them.

“I’m impressed by the whole crew around these big acts, how professional they are,” he says. “It’s crazy how much they know about technology. They build these monster set-ups every night then take it down. Just to get that whole thing working is insane! I don’t know if I’m going to do live stuff in the future, but it’s just… Wow. It’s going to take time before I get there.”

It took some time for Rathsman to get to this point, too. He grew up in a small town in western Sweden with a musical father who “plays every instrument you can find” (and performed in blues and jazz big bands in the ’70s), and encouraged his budding musician offspring to do the same; so Jonas started jamming on the electric guitar and piano, among other instruments. But it was his older brother that got him into the laptop production element of music-making. “He helped me set up my own mini studio,” recalls Rathsman, who loved “the feeling of building your own track from scratch. Drums, melody, piano — all from nothing. You can use a midi keyboard and make something sound like it’s been professionally made.”

He lost himself in disco and then house music via ebullient floor-fillers, like 2004’s “Lola’s Theme” by U.K. chart-toppers the Shapeshifters, and themed nights at Gothenburg venue Nefertiti, one of the few to play dance music in a city saturated with metal, hip-hop and Justin Timberlake-style R&B-themed club nights. “We did a lot of hip-hop, disco, and funk nights for, like, six of seven years, every Tuesday,” Rathsman says. “One of my friends [Frederik Nyberg, a.k.a. DJ Nibc] really made a huge impression on me with the house nights; that’s how I really got into the house music. After that, I didn’t really want to play hip-hop anymore.”

The two of them made music together until around 2009 or 2010, when Rathsman decided collaborating took too long. “I wanted to do stuff faster, and that’s basically why I decided to do my own stuff.” His introduction to the world under his own name was 2011’s “Tobago,” which sets Sue Chaloner’s reggae-informed, Equatorial 1991 classic “I Wanna Thank You” to irresistibly slamming hand claps and a bongo beat while pitching down the vocals to a rich, low register. At its heart, it’s a simple re-imagination of the song that nonetheless demonstrates Rathsman’s understanding of what gets a dance floor grooving hard.

His nascent tracks then found their way to Pete Tong through the owner of his label, French Express, who happened to know Pete Tong’s daughter. “She used to love French Express, and she showed it to Pete Tong and was like, ‘You need to listen to this,'” he says, still laughing a little at the fortuitousness of it all. And now, with the launch of his Elements mix series — in the spirit of mixtapes Rathsman used to make for the Stockholm-based clothing label he co-founded, Uniforms for the Dedicated — he hopes to curate other budding DJs and producers. “I’m trying to find exclusive stuff, not only focusing on finding the new trendy music,” he says, though he may as well be talking about his own output. “It’s about making the mix as good as possible and making it a journey for people.”

MMOTHS: A Self-Proclaimed ‘Freak’ Finds the Light — And the Dark