In a half-hour long video for Vice, the band gets incredibly, understandably emotional 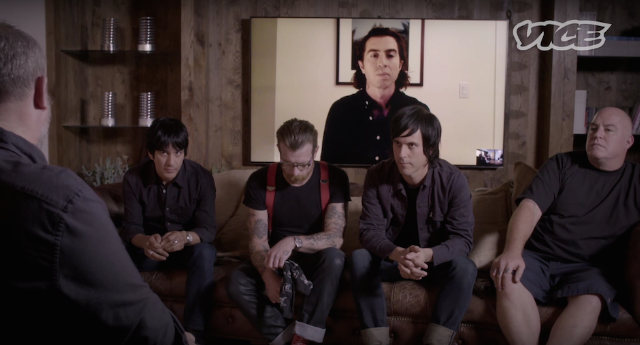 As teased last weekend, Eagles of Death Metal have sat down with Vice to discuss the tragic events of this month’s terror attacks in Paris. On November 13, armed men entered the city’s Bataclan concert venue and opened fire, killing 89 (including their merchandise manager, Nick Alexander) and injuring many more. At the time of the shooting, Eagles of Death Metal — sans Josh Homme, who did not join the band on this particular tour — were onstage.

All members of the band were accounted for shortly after reports of the shooting started to spread, and now, in a thirty-minute long interview with Vice, the band revisits the horrific night in as much detail as they can emotionally spare. “At first, I thought it was the P.A. cracking up, and then I realized real quick that it wasn’t’,” said Eden Galindo, the band’s guitarist.

Please note: the video also features fan-shot footage of the show that includes scenes of gunfire. That said, it’s below.