The Philadelphia songwriter will head out on a U.S. tour in the spring with Porches and Your Friend 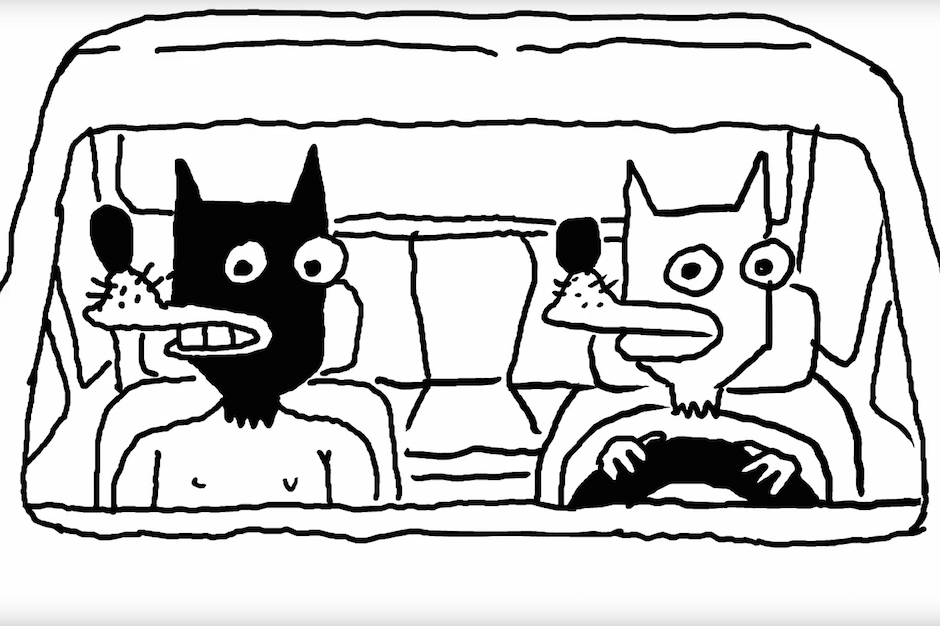 Alex G’s had a whirlwind tour schedule since releasing his seventh studio album Beach Music, but the Philadelphia songwriter is pausing, for a moment, to release a video for “Brite Boy,” one of that album’s standout tracks. Paired with the Elliott Smith-isms of the track itself is a surreal animated clip featuring two bipedal dogs (who you might recognize from some of Alex’s merch) going on a road trip that turns subtly trippier and trippier. He does, after all, have a song called “Tripper.” That clip’s below alongside his still massive slate of tour dates, including a just announced co-headlining trek with his Domino labelmates Porches.

# = with Wild Nothing
* = with Basement
^ = with Porches and Your Friend