Listen to enough of his music, and you start to realize that the only way Alex Giannascoli talks about himself is through his songs. The 22-year-old Philadelphia singer-songwriter comes off blasé in interviews, giving simple, superficial answers like his mind’s somewhere else. He’s the same way at shows — his stage banter tends to consist of esoteric in-jokes or point-blank gags. I saw him play a bar once where he urged the sound guy to crank the fog machine until he and his whole band were enveloped in smoke. There’s a disconnect between the way most people talk and the way Alex G talks, and he fills the gap with the songs he’s always writing, songs that bloom in their simplicity yet always hold many more layers than they originally reveal.

Beach Music arrives as the latest of many, many releases Alex G has put down to tape, though it’s the first to come out on Domino, his new label home. It’s also the first to pass through the hands of Jake Portrait from Unknown Mortal Orchestra, who mixed and mastered the LP. Though you can hear a slight tweak to the recording’s spatial parameters — it sounds more open and resonant than last year’s breakthrough, DSU — Beach Music isn’t the slick, big indie game-changer you might expect from Domino’s new signing. It’s still Giannascoli, scraping away at his guitar through a haze, scratching out stories that sound like jokes before they become parables.

Giannascoli isn’t the flashiest guitarist or songwriter, but he’s got to be among the cleverest. He changes chords to contradict the rhythm of his vocals, clashing with the lead melodies and threatening to change the key of the song. His big, throaty downstrokes power the rolling guitar pop of “Bug” and “Kicker,” while nervous synth patterns creep over “Thorns” and “Salt.” Though his vocals never break into a scream, as they often do live, he shifts their pitches away from his natural tenor into alto or bass, splitting off into alternate selves that sing backup and duet with him.

Alex G’s biggest departure from his usual tricks comes with “In Love,” where he sings in a tortured affect against a backdrop of piano, trumpet, and brushed drums, like a lounge singer from decades past. He’s so fused to his guitar that it’s disarming to hear him sing without it, and even more unsettling to hear him break from his slacker-pop accent. His voice cracks and rakes against its edges as he confesses a love, or an infatuation, that’s eating him alive. The song is straightforward enough to be jarring in the context of Alex G’s catalog, and the pain he brings to its performance makes it cut all the deeper.

Even in his guarded cool, Giannascoli fills the album with lyrical barbs that don’t quite sting until your second or third time hearing them. “Don’t make me hurt you / I’m watching you from here,” he coos on “Salt,” a song that would be soothing if not for the daggers in his eyes. On “Thorns,” Giannascoli steps around a violent power relationship and a wellspring of regret. “Why would I lie?” he asks. “This thing, it haunts me like a shadow / Never lets me go.” Later, he switches to the second person: “Twist until you’re itching / Beg me to come through.” He laces his words with a poison that you don’t notice until it’s already in your bloodstream.

Like the rest of Alex G’s discography, Beach Music sounds like an assembly of parts that could collapse in a minute were it not for Giannascoli at the center holding everything together. When those shifting variables cohere, though, Beach Music renders moments that glow brighter than any on DSU. When he ends “Kicker” with the lines, “Heaven, maybe freedom / What’s the word? / Right, I forgot / Quiet is the closest thing we got,” it feels like he’s written towards that moment his whole career. It’s as if he finally figured out what to say when the ideals we map onto our lives break, and reprieve is the best we can hope for. It’s an aphorism on par with David Berman‘s lyricism, and it casts another beam of light onto the grotesque enigmas Giannascoli has scattered throughout his output. Alex G has always found power in the broken and uncertain. He’s just gotten a lot braver about spinning that chaos into beauty. 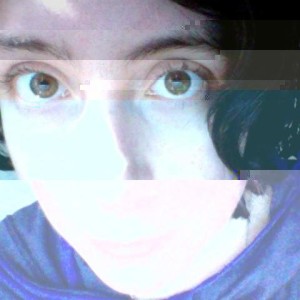