It's the first listen off of Aaron Maine's Domino debut, 'Pool' 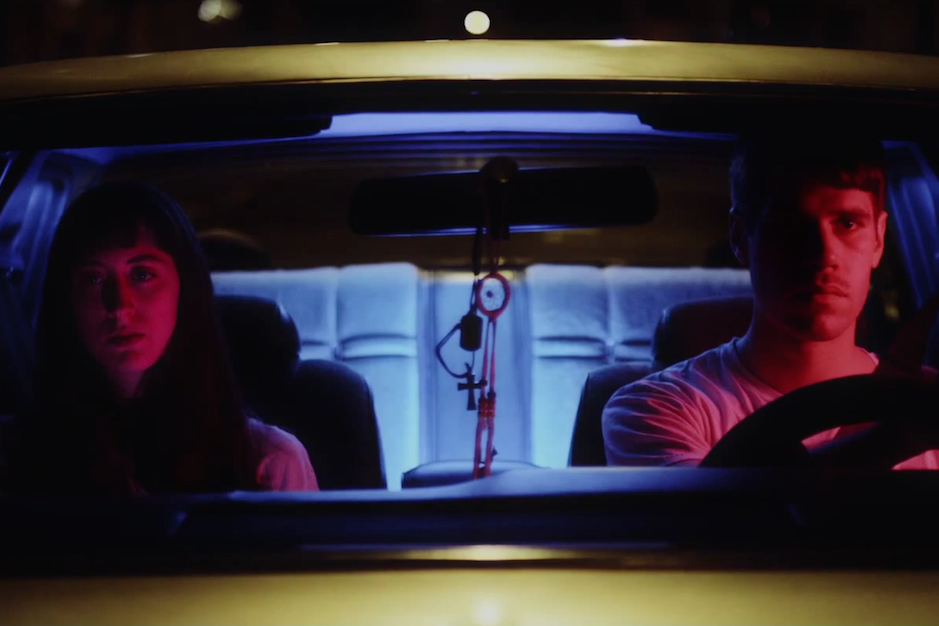 New York’s Aaron Maine sketches profound kaleidoscopic synth-pop as Porches, soundtracking romantic realists with the jangly wails of “Headsgiving” on 2013’s charmingly lo-fi Slow Dance in the Cosmos. For his Domino Records debut, Pool, he’s dropped the capitalization and period punctuation that characterized his project’s earliest iteration on 2011’s alternating snarled and strung-out Scrap and Love Songs Revisited. Musical and romantic partner Greta Kline of Frankie Cosmos lays her vocals like a cool sheet  on”Hour,” the album’s reflective first listen, a calming salve to Maine’s ragged loner stonerisms as the two paddle in a neon-lit pool and keep their expressionless eyes on the road — while miles apart inside their own heads — in the official video. Of the clip, director Del Rio Ortiz (Blood Orange, St. Vincent) says:

I wanted to create a simple but hallucinogenic montage dealing with a love affair that no longer exists but would never vanish. On the surface we see a young couple driving around the city and sneaking into a swimming pool. However we also see nostalgic imagery that creates a feeling of loss and illustrates a severed relationship.

Watch it here and find Porches’ upcoming list of tour dates, along with the track list for Pool, below.

Review: Is Porches’ The House For Him or Us?