'Montage of Heck: The Home Recordings' will be released on November 13 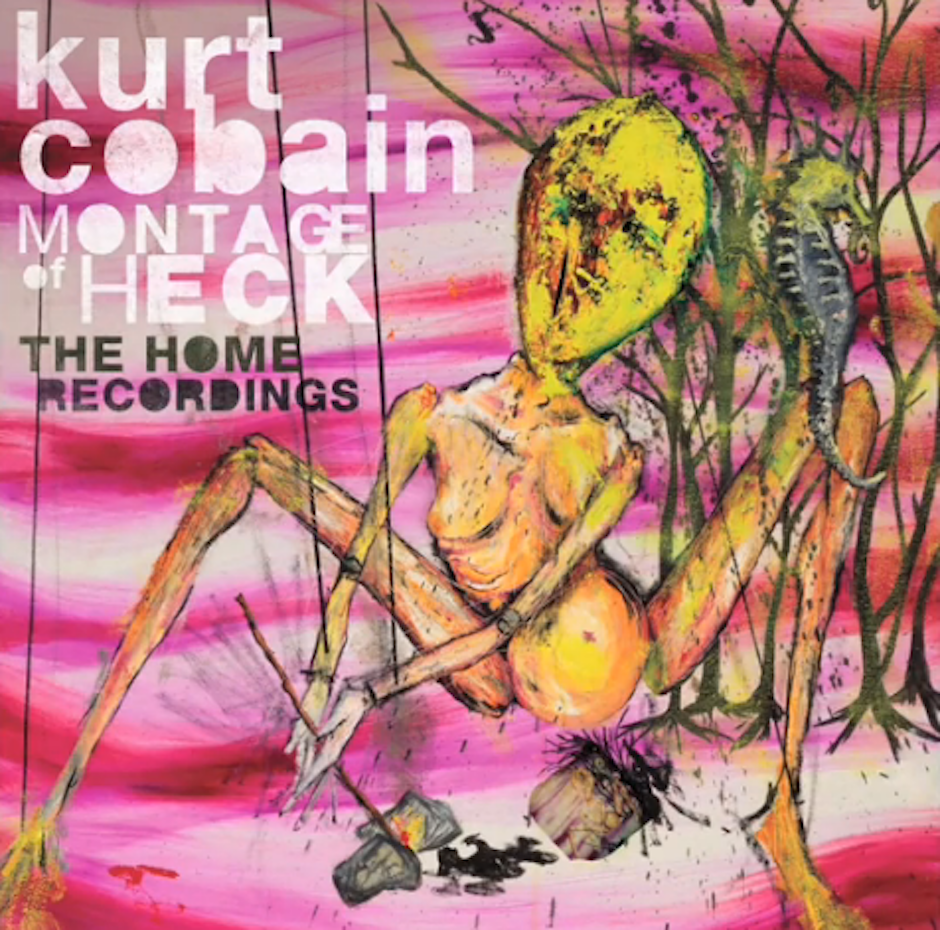 After a long run of speculation, last night the first taste of the Kurt Cobain’s posthumous “solo album” has surfaced thanks to a (literal) puzzle on the Montage of Heck website. If you rearrange the pieces of a puzzle into the right order, the cover for Montage of Heck: The Home Recordings as well as a cleaned up version of Kurt Cobain’s often bootlegged “Sappy” solo demo will be revealed. This grizzled and sparse solo take is a homerecorded rendition of the song that’d eventually become “Verse Chorus Verse.” The full album will see release on November 13 and then a cover of the Beatles “And I Love Her” (backed by this version of “Sappy”) will come out a week later on a seven-inch. Listen to the early demo of “Sappy” here and check out the cover art up above.

Update: Cobain’s cover of the Beatles’ “And I Love Her,” which appears on the opposite side of the “Sappy” seven-inch, is also streaming now. Listen below.