Plus: noteworthy releases from Marina & the Diamonds, Emile Haynie, Susanne Sundfør, and more 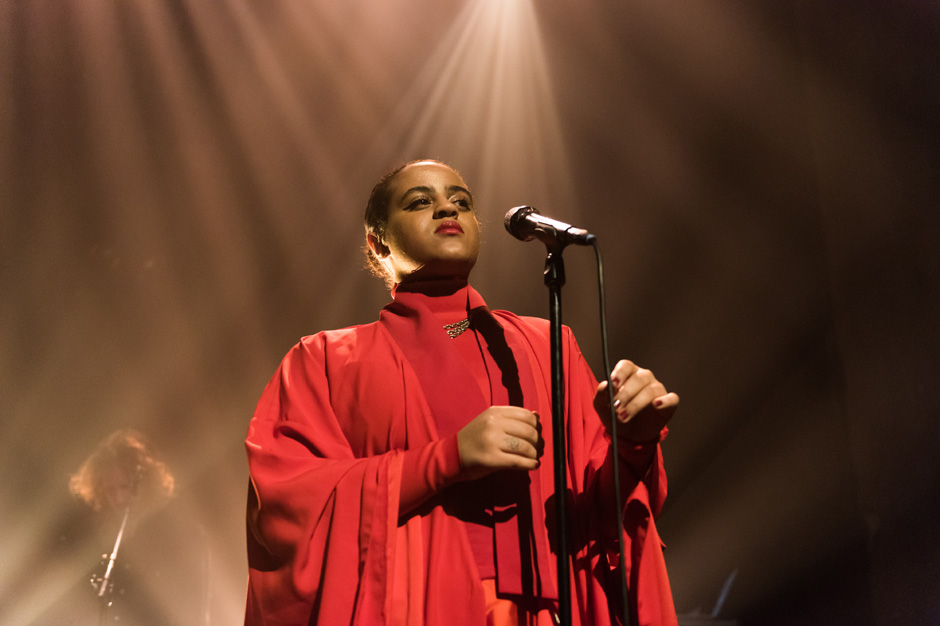 Though the sounds of Top 40 remain largely stagnant this year, there have been several mold-breaking exceptions in Q1, eschewing the typical pop format for subversion that doesn’t sacrifice hooks. Most of them, not shockingly, come from overseas, where producers are still churning out the world’s most off-course, exciting melodies. Knowing full well that there’s plenty more to come this year, here are the best pop releases of 2015 thus far.

After closing the door on her Electra Heart era, Marina Diamandis knew she needed to reinvent her persona. Froot achieves just that, adeptly flirting with chart sugar on the title track and “Better Than That” but more often than not, digging her heels into raw, nail-biting reality. “Happy” is anything but, a somber but wholly necessary trudge through a relationship’s unfurling. All throughout, Diamandis’ voice hits the biggest, gnarliest trills, stamping Froot with a uniquely personal touch. Is the payoff immediate? No, but that’s what makes Marina such an interesting character in the pop landscape. Her work asks for work back, just like life does. You get from it what you give. You ain’t got her number and you can’t pin her down.

At Years & Years’ big New York City splash a couple of weeks ago, Katy Perry stood center stage in the venue’s VIP section bobbing her head to the electro-Britpop trio’s sharp-angled dance songs. With a debut full-length on its way later this year, the young group have already demonstrated that the chops are there. “King” flips the royal trope around and cedes control of singer Olly Alexander’s heart to a ruler far stronger than he. Alexander achieves a nasally could-he-be-whining croon when he reaches for higher notes, but his full-bore howling seems strangely at home over the thinly sheathed melodies. “Desire” throws it back to far-flung raves in the suburbs of London, tossing in Skrillex-learned drops for good measure. Let the house-pop revolution rage on.

A bit far-reaching in its ambition, Haynie’s project sprawls itself across a canopy bed and sighs beautifully for the better part of an hour. It’s exactly the music you find yourself scrambling for when it’s time to focus, and that’s because the producer’s ear for pinpointing emotional depths is unmatched. He brings the best out of Lana Del Rey on “Wait for Life,” a Born to Die stepchild that spreads its gauzy shawl in a slow swirl of uplifting air. Haynie even elicits a not-overwrought performance from fun. frontman Nate Ruess on “Fool Me Too.” At its best, We Fall treats its revolving door of guests less like a cavalcade of strangers than a band of familiar colleagues. Brian Wilson, Father John Misty, Romy from the xx, and Randy Newman all on the same album? Yes, please.

If you’re looking to hear what New York City streets at 5 a.m. sound like on any given morning, bump the Knocks’ excellent new EP up as loud as you can. It’s short — four tracks and a remix — but it slinks and struts all over the cobblestone like drunken partygoers in surprising command of their senses. “Dancing With Myself” finds James “JPatt” Patterson laying down vocals so slick that you might slip right into his grasp, with the song’s cascading sax solo bringing everything to a close as the sun comes up. “Collect My Love” employs Glee’s Alex Newell for the most theatrical rendition of a Daft Punk antecedent anyone could’ve imagined, but the duo reigns him in just enough with their secret weapon: impressively nuanced production that still knocks.

Born in Stockholm nearly a quarter of a century ago, Seinabo Sey fuses the roots of her West African ancestry with gurgling, club-minded strings and synths. Last fall’s For Madeleine EP emphasized production on tracks like “Younger” and “Hard Time,” (both of which might still have legs on the charts this summer), but her new Swedish-only release, For Maudo — named for her father — plays up Sey’s thickly, naturally padded singing style. For the 24-year-old, it’s all about control and release. “Poetic” and “Words” wear their jazz-pop origins openly, allowing Sey to turn the page on her own musical narrative. Comparisons to Adele are inevitable — both make art from their heartbreak, to be fair — but she doesn’t bow to anyone, even her influences of pop’s past.

Though Sundfør’s impeccably rendered lyrics stretch their limbs to every realm of romantic possibility, there’s still something totally universal about Ten Love Songs. It’s Lykke Li by way of disco: “Accelerate” finds the Norwegian singer swirling her arms in circles, begging a lover to let loose in a “Dancing on My Own” sequel that didn’t deserve to be this good. Sundfør is the type to elongate her sentences for dramatic effect, a device that could sink a sterling ship were it not for the fact that such a slowdown allows for complete appreciation of her interwoven, goth-tinged lyrics. The frequent Röyksopp collaborator has clearly learned a thing or two from the dance mavens, sprinkling Ten Love Songs with the mainstream-minded, four-on-the-floor thumping that should make American pop stars seethe with envy.