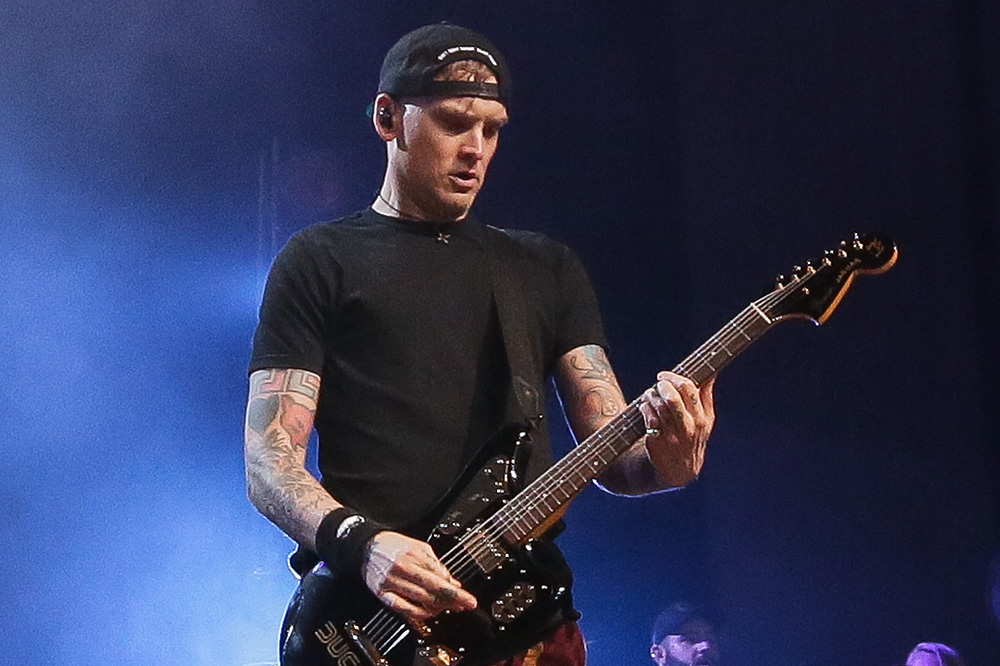 Matt Skiba has been touring with Blink-182 since March, following Tom DeLonge’s departure from the band, and the Alkaline Trio frontman has said he’s interested in recording a new album with the pop-punk group. Speaking to Alternative Nation, Skiba explained that the prospect of making a new Blink record with him as a full-time member of Blink-182 is “a great idea” and “something we have discussed.”

“It’s something I would be very excited to do and I’ve known the Blink guys for about fifteen years and we’ve become good friends,” he continued. “Playing songs I haven’t written with Mark and Travis is a blast, so to go in and create music with them would be amazing.”

Skiba is about to embark on a tour with Alkaline Trio, so he says he wouldn’t quite consider himself a permanent member of the band yet. But if they record an album? “I think that seals the deal,” he said. “But, we shall see, only time can tell.”

For what it’s worth, Travis Barker was excited about the idea back in March. “If we did make an album with Skiba, it would be unreal,” he said.