He thinks DeLonge should "just be real with the fans" 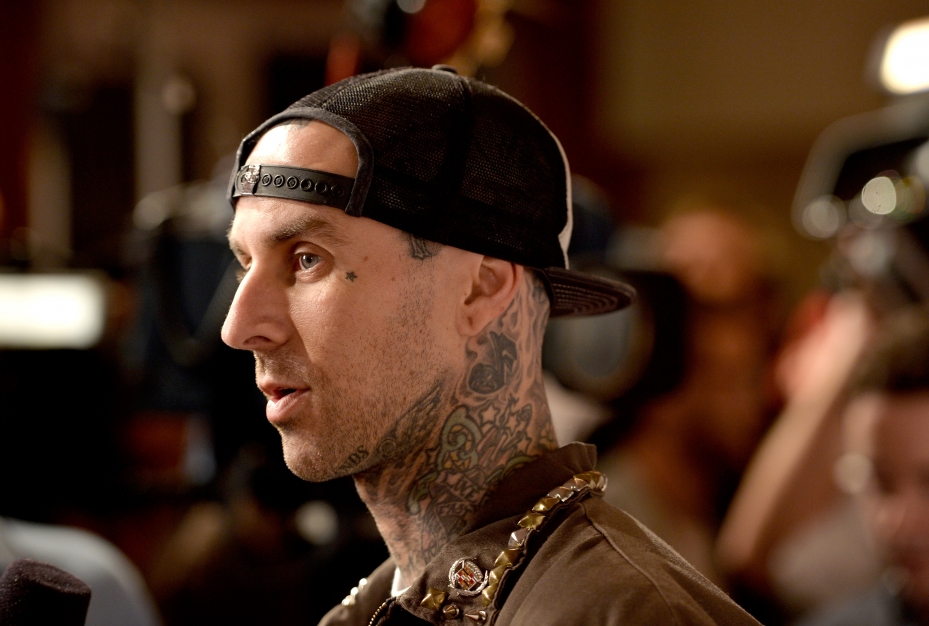 The saga of Tom DeLonge quiting Blink-182 despite his claims that he technically never did continues, as his (maybe?) former bandmate Travis Barker thinks he should “just man up and quit the band.” In an interview with Alternative Nation, the drummer explained that this incident was “the third time he’s quit without anyone knowing about it because we didn’t announce the other times.” Officially leaving, Barker said, would be fair to the fans and totally free DeLonge to work on projects he’s actually passionate about rather than begrudgingly working with Blink-182. “I think for Tom, he doesn’t like punk music and it was a phase for him,” Barker said.

Blink-182 (minus DeLonge, of course) is currently touring with Alkaline Trio’s Matt Skiba. “We’re definitely enjoying each other and Skiba is killing it,” Barker said. “If we did make an album with Skiba, it would be unreal. I don’t know if that’s a possibility yet because I can’t speak for everybody. Right now it feels like the honeymoon stage.” Read the entire interview over at Alternative Nation.