Why Does Everybody Hate Rita Ora?

Home » Features » Why Does Everybody Hate Rita Ora?

Rita Ora has become the music industry’s go-to piñata: She’s at all of the parties — no doubt wearing something colorful — and every now and then she’ll drop something sweet (say, a flashy, club-ready single like “I Will Never Let You Down”). She also gets swatted around a lot, usually by the very people she’s trying to impress: record execs, journalists, YouTube commenters, and casual Top-40 listeners.

You’re probably cognizant of Ora’s relegation to mainstream pop purgatory. When a video for Charli XCX’s remix of “Doing It” came out this week, Vulture sighed, “Charli XCX and Rita Ora Are ‘Doing It,’ We Guess,” and were quick to note how viewers were generally supportive of the lead singer but entirely dismissive of her guest. Citing Ora as the latest example in a series of superfluous cameos, Noisey wondered why so many British artists feel compelled to make a “breaking America” video.

As if to make up for her lack of recorded content in America, Ora’s slotted herself in a Fifty Shades of Grey cameo (wearing a truly deplorable wig), and on singles with her Billboard betters; in addition to “Doing It,” she does a “meh” job sounding authoritative on the supposed-to-be-femme-fatale hook of Iggy Azalea’s “Black Widow.” Charli broke out as a star in her own right after appearing on Azalea’s “Fancy,” but Ora’s turn on “Black Widow” has failed to make any lasting impression on her own chart viability. Now Charli, who has achieved chart success with “Boom Clap” and myriad placements on 2014’s year-end lists, has risen to leading lady status, and is lending a “Doing It” verse to Ora. At this point, it almost feels like charity. 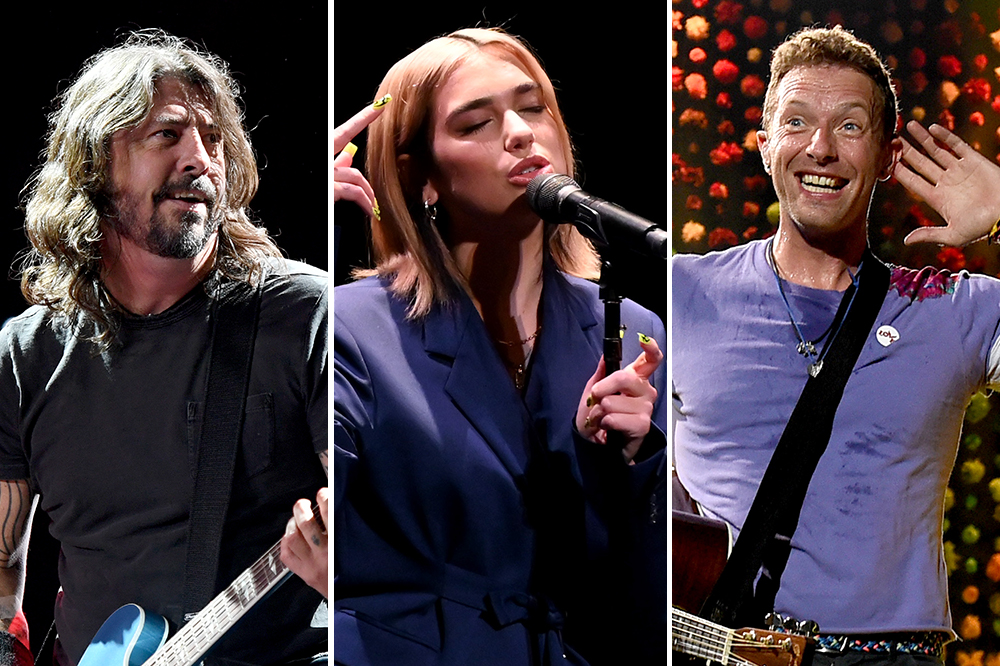 It’s an odd situation, especially considering Ora’s early career trajectory: After climbing under the executive wing of Jay Z at Roc Nation in 2009, Ora found success in her home country of England, earning a No. 1 placement on the U.K. Albums Chart when her first and only LP, Ora, dropped in 2012. Early 2013 saw her get crowned a “fashion darling” by the New York Times, and she’s been romantically linked with a coterie of tabloid-worthy men: Bruno Mars (who used to write songs for her), Calvin Harris, and Rob Kardashian. Most recently, she got some peripheral Oscar love for providing vocals on the Diane Warren-penned song “Grateful,” which shows up in the film Beyond the Lights — but John Legend and Common’s “Glory,” which is also nominated, is the obvious audience favorite, arriving at No. 92 on the Hot 100 and nabbing a Golden Globe. “Grateful,” meanwhile, has yet to chart at all. Rita Ora is, by all accounts, living a pop star’s life, except with one crucial exception: a pop star’s success.

So why does Ora’s presence inspire a collective eye roll? First, it would be easy to blame her management. When Ora, who is Kosovar-Albanian and raised in the U.K., turned up with party-pop/R&B singles like “R.I.P.” and “How We Do (Party),” people mistook her for Rihanna, another Roc Nation signee. Roc Nation hasn’t released Ora in the States, leaving her with a paltry number of iTunes and Spotify entries. To the unschooled, passive “fan,” Ora — who has supposedly been a “thing” since the beginning of this decade — only has a handful of singles available for listening; it’d be easy for them to ask, “Why should we care?”

Nobody seemed to when, last Halloween, the singer dangled the promise of new music via Twitter. Attempting to spark engagement and hype around a new song, Ora tweeted to her followers that if she got more than 100,000 retweets on a specific tweet that she would drop a brand-new song. Soon after, the tweet got deleted with only about 2,000 RTs — an awkward move that made it look like Ora wouldn’t acknowledge her obvious misstep. Later, she inched even further into the Internet’s Dunce Corner by claiming that her account got hacked. Even if she was telling the truth, it’s just further proof that the only time Ora really gets attention is when she bungles something.

By the way my Twitter got hacked somebody is threatening to release new music I’ve worked really hard on. Nothing comes out until I’m ready.

Then, there’s the ex-boyfriend problem. In the throes of their public breakup process, Kardashian unloaded on Twitter that Ora “cheated on me with nearly 20 dudes,” while former beau Calvin Harris went out of his way to prevent her from performing their collaboration “I Will Never Let You Down” at last year’s Teen Choice Awards, and is rumored to have forbidden Roc Nation from including any of tracks he produced and wrote for her forthcoming sophomore album. Now, it would be fair to say that women get slut-shamed and barred from opportunity far too easily and often. Both offenses would have been the ideal opportunity for Ora to stand up for herself. Instead, she seemed to be comfortable playing the victim in both circumstances, offering a middling “I think people react to things differently and like to express their feelings in certain ways” to Kardashian and a boo-hoo “Guys I am so sorry. I will make it up too you” tweet about Harris.

Guys I am so sorry. I will make it up too you. I promise. I’m devastated. I love my fans.

So, what is it? Ora is ostensibly a good singer. She has a strong voice and amiable dance floor singles — what few there are, of course. She’s definitely stylish. But for all the risks she takes in the sartorial realm, Ora’s music game lacks imagination. Her songs — which borrow liberally from deceased rappers (Biggie’s patented “party and bullshit”) and vacuous promises to stick by her man (“I Will Never Let You Down”) are agreeable but not conversation-worthy. The “Black Widow” hook, while well done, is idiosyncrasy-free and could have been delivered by anybody (“I’m gonna show ya / What’s really crazy / You should’ve known better / Than to mess with me, honey”). It’s quite the contrast to Charli’s “Fancy” hook, as the latter’s vocals are bubbling over with sass and personality. It’s Charli — along with her cheeky Thelma and Louise-meets-Barbie video — who really makes the song.

Therin lies the problem: Ora is a mirror. Musically, she reflects anything she faces. Managers and producers can only do so much — in order to succeed, the artist must bring their own ineffable charisma. Things could still turn around, though. Ora’s got a (long-delayed) sophomore album in the works featuring production from Diplo and DJ Mustard and a collaboration with Prince. And if that fails, she’s always got a seat next to Anna Wintour at Fashion Week.