SPIN was in the house for every scripted minute and more 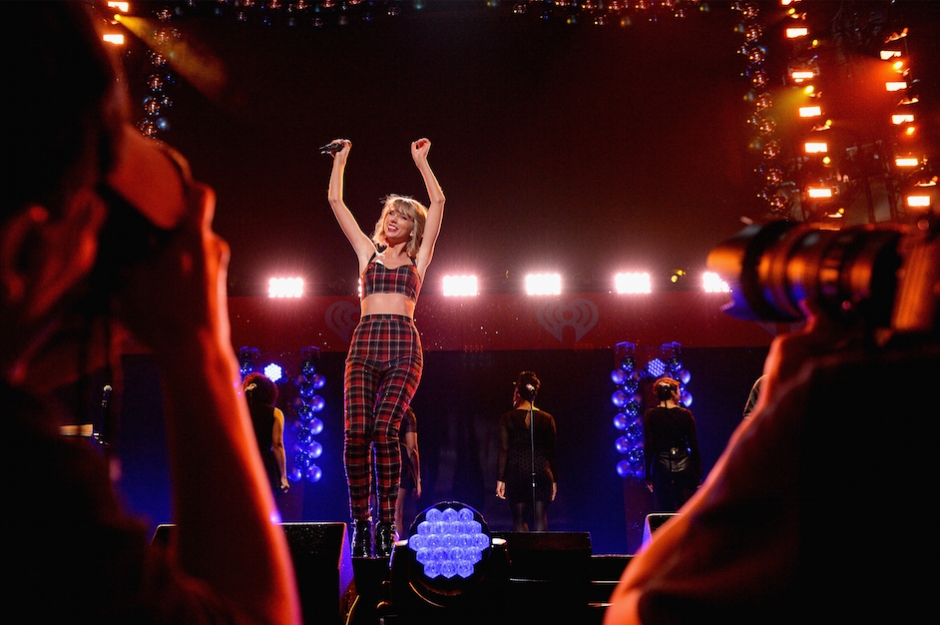 The joy of events like iHeart Radio’s annual Jingle Ball extravaganza — held last night at New York City’s Madison Square Garden — is twofold for pop fans. For one thing, a revolving stage and abbreviated set times meant a constant stream of hits by artists such as Charli XCX, Nick Jonas, Pharrell, and Iggy Azalea without unnecessary deep cuts. Secondly, with such a top-heavy lineup, the concert read like a cross section of Top 40 radio at any point in 2014. There was very little room to let unknowns share the spotlight — Vine star Shawn Mendes got a five-minute slot to show off his everyman vocals and guitar playing, while the scrappy British group Rixton was relegated to a side stage for a quick acoustic medley — instead pushing the year’s marquee acts front and center.

The problem with all-encompassing radio events like Jingle Ball, then, come during the many breaks between miniature sets. The rhythm last night was disrupted every few minutes by ads and pointless promotional shilling. It got tiring, but that’s not to say this year’s sold-out concert lacked an edge: producer to the stars Pharrell kicked the night off with a strong hit-packed set. “Blurred Lines” didn’t pack the same punch as it might’ve a year ago, pre-Paula, but “Get Lucky” and “Happy” proved more timeless. The superstar also brought No Doubt frontwoman Gwen Stefani out for a live performance of their recent collaboration, “Spark the Fire,” though many of Jingle Ball’s very young-skewing audience members might not have known the star beyond her Voice role.

There were the occasional, perfunctory dips into the closest thing to “rock” music that mainstream radio has been willing to embrace so eagerly in the past ten years. One Republic took a breezy foray into hits like “Apologize” and “Counting Stars,” while Australian fauxhawk-pop quintet 5 Seconds of Summer elicited the biggest screams of the night for their American Apparel-referencing “She Looks So Perfect” and the endlessly covered, never as good as the original “What I Like About You.” Adam Levine dropped by for a quick dip into Maroon 5’s catalog, though the band never once seemed to actually want to be there, his energy notably lacking (the crowd responded accordingly).

The “but they’re bigger in Britain, I swear!” portion of the evening was filled by Jessie J — who kept her usual caterwauling in check on her lone song of the night, “Burnin’ Up” — and Rita Ora, whose regrettably overlooked 2014 single “I Will Never Let You Down” sounded even richer and more explosive echoing from the Garden’s rafters as the Voice U.K. judge made the most of her five minutes by dancing harder than any other performer that night. Allotted one of the night’s largest chunks of time, Sam Smith continued his worldwide hot streak with that caramel-coated, soulful howl he’s perfected this year, peppering his set with unexpected inclusions, such as the title track from his 2013 Nirvana EP. His Jingle Ball portion flew by faster than most.

Undoubtedly, the ladies carried the night. Charli XCX took her five minutes and transformed the arena into a sneering pop palace with Fault in Our Stars hit “Boom Clap” and recent Sucker single “Break the Rules.” She returned later to steal Iggy Azalea’s thunder on the pair’s recently Grammy-nominated “Fancy,” though the Australian rapper purposefully owned the stage more than she has all year, her more pronounced rapping and tighter choreography clearly the fruit of months more experience in the spotlight under her belt and a recently refreshed pool of songs to choose from. Ariana Grande skipped onstage in a furry sweater, reindeer antlers, and what looked like a cushy diaper, delivering the night’s only holiday-themed tune (“Santa Tell Me,” frothy and harmless) before kicking her set into overdrive with EDM-assisted hits like “Break Free,” “Problem” (for which Azalea remained strangely absent), and “Bang Bang.”

Taylor Swift rightfully headlined the four-plus hour concert, wisely greeting the weary crowd with 1989 standout “Welcome to New York.” As the clock struck midnight, the anti-Spotify crusader officially qualified for a quarter-life crisis as she turned 25 in front of 16,000 screaming fans while thanking the crowd for their support. Swift rolled effortlessly through “Blank Space,” “I Knew You Were Trouble, “We Are Never Ever Getting Back Together,” and “Shake It Off” before the night was up. Though it might sound odd to suggest seeing the mega-famous singer in a massive arena felt intimate, Swift’s banter and stage presence made it feel so. “I’m going to need you all to jump for me on this one,” Swift shouted before “Shake It Off.” Maybe the lights were blinding her, because we’d all been jumping the whole time.