Moz down for the count, disappointing fans in D.C. and Baltimore 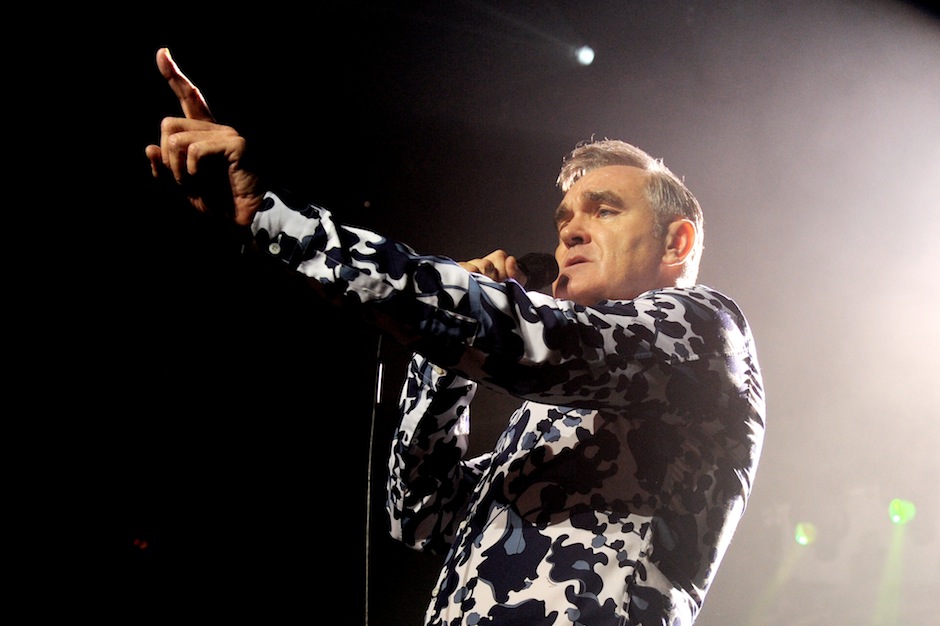 Morrissey has postponed two more dates on his American tour, rescheduling his June 10 Washington, D.C. stop to June 24, and his June 11 Baltimore date to June 25. Reportedly, the man’s medical team says he needs the recovery time, a pattern now after a virus rendered both Moz and his team unable to perform on schedule in Atlantic City and Atlanta (the fourth time since 2012 he’s flaked on the Georgian capitol).

Perhaps the former Smiths singer really means to tell everyone else, “World Peace Is None of Your Business” (or that the album itself is none of our beeswax?), but a Morrissey tour is more than just his business — it’s the lifeblood of his cult-following, who could right now greatly benefit from a message of tranquility if responses to his website’s announcement of the postponement are any indication. To wit, via BaltimoreDC:

“Seriously Morrissey, stay the fuck home if you aren’t healthy enough to tour. Quick wasting all of our time and money.”

To be fair, the Mozzer did warn us, all the way back on “What Difference Does It Make,” to bear with him and his mercurial ways: “No more apologies / I’m too tired, I’m so very tired / and I’m feeling very sick and ill today.” Precious since 1984, at least. It’s okay, Morrissey, we’re still fond of you too.