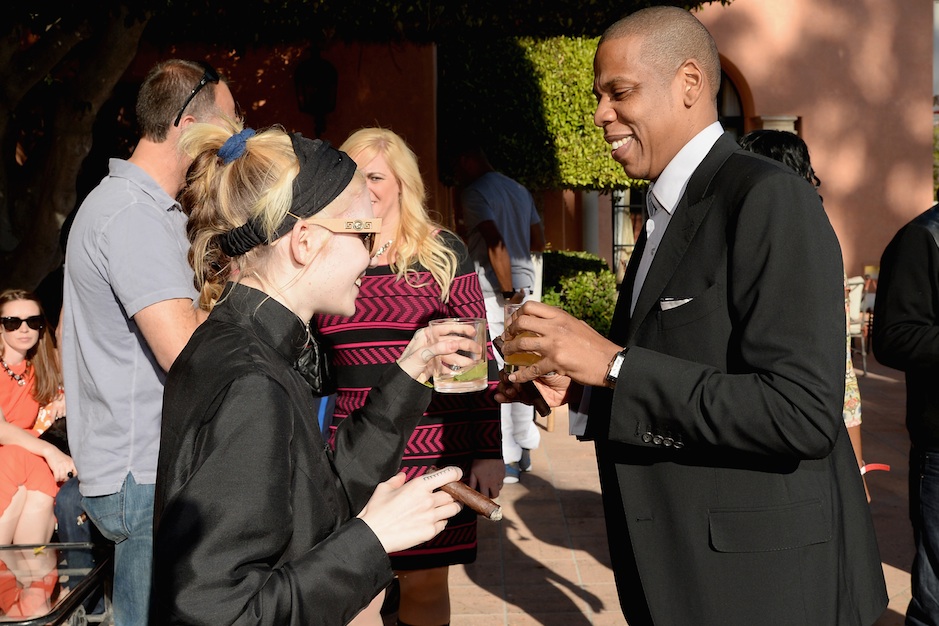 After premiering the “Go” live at Governor’s Ball, Grimes has now shared the studio version of her Blood Diamonds-assisted single. Heard below, the new track is a summer banger suggesting a whole new aesthetic dimension for the Canadian experimentalist born Claire Boucher. The track has already earned notoriety for getting the thumbs down from fellow Roc National Rihanna, for whom Grimes wrote the song whilst no doubt catering to RiRi’s love of a good drop.

As Boucher embarks on the transformation from bedroom-pop darling to representative of the Jay Z empire — with all its resources at her disposal — her entire recording process is getting a makeover, as we can see from her live-tweets about the experience. We don’t know if the missive below refers to “Go” specifically, but either way, it’s been two and a half years since Visions kicked down doors, so what awaits Grimes will be a discovery for us all.