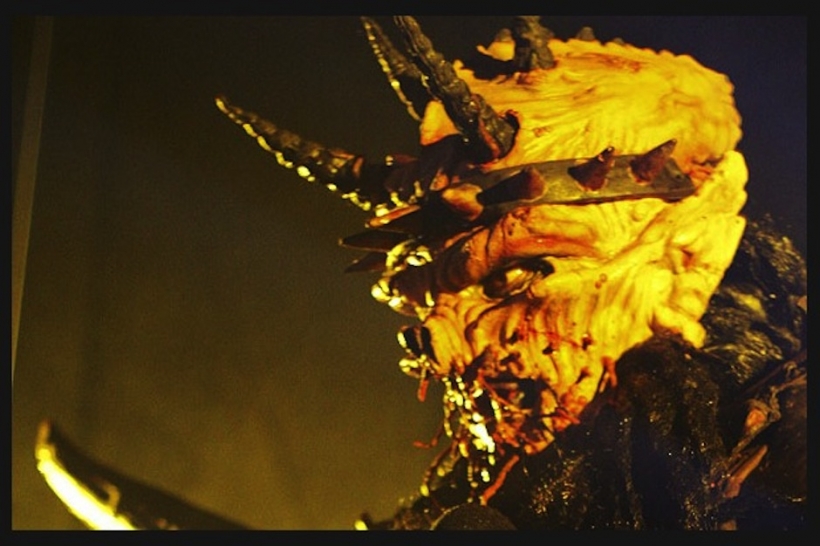 The death of Gwar’s Dave Brockie, the frontman of the shock-metal band who performed as Oderus Urungus, has been determined as an accidental heroin overdose, Richmond, Virginia CBS affiliate WTVR reported. The State Medical Examiner’s Office revealed that the official cause of death was “acute heroin toxicity, means: accident.”

The 50-year-old Brockie was found dead in his Richmond home on March 23 by his roommate. At the time, the police announced they did not suspect any foul play, but did find evidence of heroin use. His penchant for drug use was well publicized, including a 2010 Decibel profile that began with the writer smoking crack with Brockie.

“It’s 2pm on a Thursday, and Decibel is in Richmond, VA, smoking crack behind a Dumpster with GWAR front-cretin Oderus Urungus,” author J. Bennet wrote in the opening paragraph.

In one of his final interviews, Brockie spoke ominously about his lifestyle. “My whole quest in life has been one to destroy myself,” he joked to DigRadioBoston. “So far I’ve completely failed at even that. Death is the only trip I haven’t been able to go on yet.”

Following a public memorial on April 1 and the establishment of the arts-based charity, the Dave Brockie Fund, it was announced that the annual GWAR-B-Q concert would still go on as planned for August 16 in Richmond, and feature a lineup of Body Count, Hatebreed, Goatwhore, and more. Recently, friends of Brockie’s started a fundraiser to fulfill one of the late musician’s dreams and open the GWARBar in the city. They’re aiming to get $50,000 in donations via Indiegogo, and currently have $12,714 pledged.